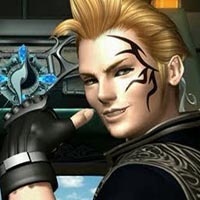 This is the first time ...so I sent to you a newsletter...but
you have to request for the news

Finally , our club reached the 50 member.....so now ,we have a 50+LE topic ,
but there are many other topic :
The Manga Disscusion.
Chibi cards ( which opened at the same time when the 50+LE).
Topic For members ( where members can write their ideas if
anything missing from the club ).
Request for Newsletter.
Sooo ,these are the news.
Please visit the club !!!

LieutenantWinter Apr 19, 2012 2:15 AM
Well, that depends. Since we have all those types of schools, if you're really bad in a good one, they can either hold you back a year or kick you out. In the end, the student and his parents get some input on which option is better for them, and I don't really see how it's better for a student if they suddenly decided to take learning seriously but are stuck in the next year when they don't understand the previous. It's a case-by-case kinda thing. (I got held back cause they moved me from a middle school to a grammar school when my German still completely sucked.)

LieutenantWinter Apr 13, 2012 10:15 AM
Oh... In Germany, school is compulsory for 9 years. Even if you repeated a grade, so it doesn't matter if you got stuck at grade 7 for three years or whatever. Weird, isn't it?

LieutenantWinter Apr 8, 2012 9:29 AM
Wouldn't a 16 year old be in high school? I thought a college was where you get a degree. How mysterious.

LieutenantWinter Apr 8, 2012 9:05 AM
Well, that makes sense... And for some reason, even though I'm a 10th grader, I really don't have the time for that many episodes. Except for weekends, when I start with reading all the new chapters from the manga on my list and go from there.

LieutenantWinter Apr 8, 2012 8:33 AM
Somehow, I don't like 'taking the effort' with anime... After all, there's no reason why I'd NEED to watch anything. But that's just my logic. XD

link9us Apr 5, 2012 2:54 AM
So i finally started hitman reoborn, after the painful 30+ something episodes of nothing but crap lol. Finally i started the varia arc and supposely this is where the action really starts. So far my favorite episode was when tsuna used the dying will during the first short 6 episodes story line arc against mukura, he actually shown some potential there. That 6 episode arc was probably the most interesting to me, it actually had kind of a clear villain and a deeper mysterious story even though it was only 6 episodes.

But i seriously can't stand this guys personality, luffy and naruto would eat little shits like him for breakfast literally. The thing bout naruto and one piece, is these characters have goals, ambitions, certain paths they have to follow that relates to their pasts naruto wants to become hogake, luffy wants to find one piece, the also have things to protect and both characters suffer from horrible pasts, these things make these characters really stand out and strong because they have a "Role" in the story they must overcome in order to get on with life.

Tsuna is a typical character with no direction, no goals, nothing, just a whiny ass brat always trying to deny being the 10th mafia boss and yet all of his friends put their lifes on the line for him. I just find that aggravating as all hell, that is just a horrible way of developing the main protagonist of the show. When is he going to accept the world he lives in and that its not his pathetic ordinary school life. I expected this for maybe the first few episodes, but not 40 something episodes and he hasn't changed one bit, but yet the reborn seems to think he has, i just don't see it.

One of the things i don't ilke bout this series in paticular is the fact that it really has no clear direction in story, things are kind of slowly told to you at a snails pace, but it doesn't keep me the viewer really interested, no antagonist has been mentinoed as of yet. So the characters are kind of one sided and they just pop up out of no where. I expected the varia group to be actaul enimes and play some sort of role in the story lline. I didn't expect some crazy battle arena tournement, if you ask me thats kind of a cliche way of developing the story.

I mean i like multi dimensional characters, typical tournements in a shonen series are ok, but if its the premise of the story, it just becomes way to predictable to me and not that inspiring as like for example the introduction of orichamaru in naruto or Kabuto, both very mysterious and interesting characters played their roles respectively all well the chunen exams were going on. Or like in one piece when nami steals the ship to go to arlong's or the arrival of the mysterious Hawkeyes Mihawk, these are the kinds of things that keep the viewer interested and wanting to know what happens next. Hitman reborn just does not have that same sense of deep story telling.

In any case im on episode 43 now just saw lambo's fight and that one was pretty interesting.


I don't know i just have a hard time getting into hitman reborn. I heard it gets Much better when it hits the future arc, but i guess will see.

Well thats the end of my rant lol

link9us Apr 3, 2012 2:43 PM
Yeah but he has no goals, no motivation for anything. Naruto and luffy both have goals, achievements they want to undertake and strong motivation towards achieving those goals, they also have something to protect, that is what makes them strong characters that stand out.

Im assuming further on in the plot tsuna will finally reaize the world he lives in and strives to complete some sort of goal in the future, but as of now he is just a whiny wimp having his friends protecting his ass all the time and all he cares bout is going home and not having anything to do with being the 10th mafia boss.

He even cries that he can't save his friend from falling in the water and wouldn't of if it wouldn't been for reborn anyways.

Naruto and luffy would eat spiny cowards like him for breakfast. If they ever did a cross over one piece and hitman reborn, luffy would bitch slap him across the face.

LieutenantWinter Apr 3, 2012 1:26 PM
Well, I thought that the premise of having to search for pieces of something was cliche and a cheap way to get the characters on a journey, but in the end, that wasn't the point at all in the manga. The anime was, well...
...if I say that I "need to read or watch something soon", then I probably never will unless I actually get a reason to watch it "right now", so my "plan" list is always just a formality. I suppose it's just me?

link9us Apr 3, 2012 8:30 AM
im sorry but i find it funny that you complain bout naruto being a dimwit he certainly is to some extent, "but my only reply to that would be, have you seen hitman reborn, once you see tsuna, you will worship naruto like a god." LOL

yeah if you have not figured it out, i kind of just started that show, im on episode 40 now but ugh, i hate hate HATE tsuna's personality.

LieutenantWinter Mar 29, 2012 7:57 AM
The anime is bullshit. CLAMP and most of the fandom disowned it, among other things for changing important canon rules. Though really, the first half of the series spent a lot of time forshadowing stuff before it got really complicated, so the anime team had no real way to know how to follow it properly...