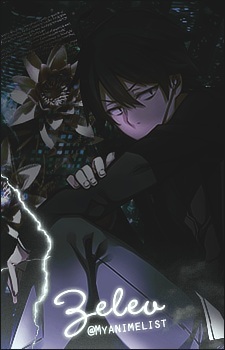 boreboring Jan 14, 2020 6:37 AM
Wow you seem fans of ergo proxy.
i recently watch ergo proxy but up to eps 8 everything is hard to understand. i have trouble to follow the story
i am so envy who can really understand :(
i personally think this is good anime, but the story is just not for everyone. _Nemrod_ Nov 27, 2018 11:04 PM
You do realize your Jew conspiracy talk is founded by Joseph Goebbels, a nazi, right?
https://en.wikiquote.org/wiki/Joseph_Goebbels
And you wonder why people call you a nazi...
The conspiratorial spirit of a Hebrews´s handful whose supremacism is based on a supposed superiority of the Jewish race is long before than Joseph Goebbels. To understand this reality, it is necessary to study the behavior of the Jewish people during the classical, medieval and modern times, especially in their interactions with the Greeks, Romans, Spanish, Germans, Italians, French, English and Dutch; however I doubt very much that you have access to the raw sources of such times.

On the other hand the Hebrew dominion over the Anglo-Saxon World should not surprise, because if the Roman Church could conquer entire civilizations through spiritual conquest, why a united, organized and greedy race like the Hebrew could not do something similar? There are not a few Jews who have openly recognized the enormous power that their race has in the West. Werner Sombart -who is philosemite- demonstrates with exhaustive documentation that the decanted greatness of English Capitalism is really a Jewish creation.

_Nemrod_ Nov 26, 2018 10:31 PM
Oof. You're actually a nazi. Lmao
you're kidding, right?
One of the requirements to be a Nazi is to be totally "White". It's not my case.
What would be the point of sympathizing with people who despise me? I'm too arrogant for that!!!

However I can not deny that in Romance-language nations, the Berlin-Rome-Tokyo Axis has been seen -for decades- as a lesser evil than the Allies, maybe because the Germans have never done serious damage against us, something that we can not say about the Anglo-American Right, International Left and Jew Supremacist.

That Hitler has been a fucking bastard does not change the fact that Jacob Schiff, Lenin, Trotsky, Stalin, Truman and Churchill also have been so.

Hibbington Sep 18, 2018 10:54 AM
Thanks for participating in the Anime and Character of the Season Nominations.
Hope to see you participate in our coming Fall Line-up!
Last time we talked, it was about shows having enough fan base to get into the finale. But with Asobi Asobase and Banana Fish this season. You don't seem to have much to worry about haha.

KagariShiinauwu Sep 5, 2018 4:04 PM
Your review for Chaos;Child was kind of bland honestly. You have to keep in mind the anime is a bad adaptation and that it doesn't reflect what the visual novel actually is.