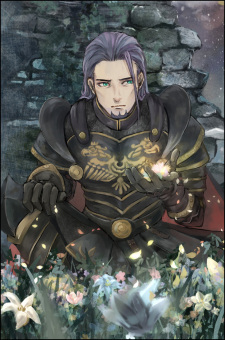 Exactly lol. Even just watching movies and stuff counts as doing something, there's loads of indoor activities. The amount of people who think that the vaccine makes them immune is frightening lmao. Like. no, you're not all of a sudden some kinda anti-Covid superhero. I'd smack the fuck outta someone who came up to me during these times. Or at least tell them to back up lol. Twitter is a horrible place for nearly everything tbh. One of the worst decisions of my life was signing up for it lol. The thing is, i remembered there were dates and stuff in the game, i just didn't know there was one specifically for dating Barret lol. Ah the action rpg style? I'm a fan of how it was done in FF7R (which was basically inspired/taken from Kingdom Hearts lol), if FF16 is like that i won't mind. Honestly, i'm not into souls-type games, so Origins doesn't really pique my interest lol. I find Souls games too annoying to play haha. Nah, not till we get to the part where we revisit Midgar, i guess, which is ages away. Ah a Vincent fan girl huh? =P Understandable lmao. Looks like they threw in some Dirge stuff in the PS5 version of FF7R, makes me think they might throw in some more when we reach him.

I damn nearly cried. Celeb deaths don't really get me too much, but if it was someone who was part of something i was attached too then yeah...and LOL yeah, i don't know how i watch so much stuff either. Honestly, i just kinda watch at least one episode of whatever i'm watching a day, then if it's a short series you'll be done with it somewhat quickly. So that's how you can extend the gap between us =P And i think my first "proper" anime i watched was Bleach. Or Death Note. One of them, i can't really remember lol. Nope, i had to go back in and work. Why? Idk. I was perfectly capable of doing all the stuff i do for work at home, home working should be the norm ffs, at least, when it's viable. Assistant manager tbf! An it's not as impressive as it sounds lol, but i'll take it =P Ah yes helping people....that's definitely why i took it....definitely didn't even cross my mind when applying.... :o Well, i had Covid since our last talk, so yeah, some people are real dumb. Luckily i wasn't hit too hard by it though and i'm all good now. And lol, i actually haven't! I've watched a bunch of stuff but nothing i'd consider a masterpiece. Though i am playing through Nier Replicant right now and i LOVED Nier Automata, so i'll see if that can measure up. And Lost Judgment just came out but i haven't had time to play it lol.

Lmao the people who complain there's nothing to do, i will never understand. There's so much to do indoors. This pandemic has been going on for soooo long though you're right, fucking hell. It's been over a year lmao. I agree, it was mainly weird "woke" people that were complaining about it. And mostly on Twitter, of course, because that place is a hellhole. The OG FF7? Nah, i missed the trophy for the date with Barret, and i'm not replaying the whole game for that...at least, not anytime soon lol. FF16 looks like it'll be good, from the very little we know of it. Should know more during E3. Also there's rumours that there's a Souls-like FF game in development as well. I'm sure Midgar is gonna be very explorable in the 2nd part of the Remake lol. Yep lmao, no point wasting my time on something that's gonna annoy me =P

And now the author of Berserk, Kentaro Miura, passed away. RIP. It's still worth it to watch and read such a great series though. You have no excuses =P LOL yes i've finished Sons of Anarchy by now, great fucking show although it's depressing af lol. I'm now watching Bojack Horseman, though i'm nearly done with it. But so have i! At least one decade i mean, i'm not sure about two...i have no idea when i first watched anime if we include stuff from when i was a child lol. I'm like 100 shows off, it doesn't sound like a lot butttttt it might be lol. Yep, we're back open again and guess what? No work from home :) because of course. I work as a an assistant database manager in a Hospice lol. Lmaaaaaaooo, people are so dumb sometimes honestly. Just wear the bloody mask, it's not gonna kill you. Hell, wearing a mask is scientifically proven to reduce risk of all kinds of diseases not just COVID. Good to hear!

Amm right now mostly for friend groups and crypto. We game sometimes too as well.

quercifolia Jun 5, 11:40 AM
Thank you!! I have fixed up the page and added some new graphics. Also wrote a little information about the series there. If you think there's anything else I should add or change just let me know ;)
Same, most of the clubs I'm in are dead. sad but that's just how it goes I guess. :/
Now at least the tegami bachi can be a dead club with pretty graphics LOL
I really love Hiroyuki Asada's artworks. They're just so gorgeous.

quercifolia May 28, 5:41 AM
Do you think we can fix the Letter Bee fanclub? The front page is a real mess. I dabble a bit at editing graphics, I could make a basic layout for the page if you want. Add some links to the mal anime + manga pages, the Tegami Bachi wikia etc. I think it's so sad the club has died this way!

Lmao, tbh the only reason i can watch so many anime last year and currently is because of all the lockdown stuff. I'm using it to my full advantage! When shit returns to normal, i won't have nearly as much time lol. I remember that complaint about XV! I never saw the problem with it though, i honestly don't care what the gender of a character is, as long as they're well written lol. I still haven't gotten round to playing any new FF games, though i did replay FF7 lol. And beat the FF7 Remake too of course. XV's story is a shame because there's actually a very decent story hidden in there somewhere, they just sucked at explaining it loool. Very much looking forward to Part 2. Especially since it seems like it's not really a remake, but a kind of sequel lol. I barely even bothered with the combat simulator, i did the bare minimum of what you have to do in it, and moved on =P

Funny enough, no, all the anime i've watched since then have been good, but none i'd add to my favourites lol. EXCEPT Berserk. I finally got around to watching it and catching up with the manga. Amazing series. Avatar should be your top priority of things to watch! I just watch one episode of Sons of Anarchy a day lmao. It's not that long. If a series is long as fuck, usually i just won't bother, or i'll watch multiple episodes. I honestly have no idea how i do it so fast =P besides, you've watched moe than me, so i feel like you've figured it out! I WISH i had the power to stop time, legit my number one most wanted power lol. I went back in and now i'm back working from home loool. Which i'm happy about, because working from home is way better and should be a permanent option going forward. But i bet it won't be. And i've been good, i've not caught it so far! Or, well, you never know, i might have but maybe i'm asymptomatic lol. I hope your holding up well during these times as well! :) And Happy New Year to you as well! I hope it's a good year for you! :D 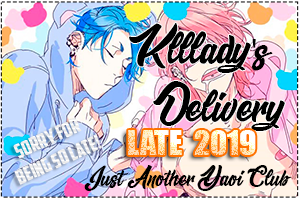 
Use CTRL/CMD + F to find your cards.
Please contact me if there are any problems by PM!
Please save and rehost in one month. Sorry for being that late! Hope you like them~

I know, it's sad :( All those memories, gone. Pfft, i'll take that as a compliment then =P Eventually yes. In like 10 years from now lmfao. Haha, well i can't say anthing sine i've never played them. But i head FF12 is pretty good, different, but good. And FF10-2 i haven't heard that much about tbh, not sure if that's a good or a bad thing. Haha i was playing it indeed! I quite liked it tbh. I'm assuming you've also finished it by now, since i saw you playing it? =P Btw whoever invented that Tifa pull up minigame needs to go to prison.
You can get hyped - internally! Lmao i guess they wanted a lot of plot points but sometimes a lot is too much.

I worry about my anime list every day! Joking. But i am slowly working through it alphabetically now though, finally. Definitely should, it's so good. That and Avatar the last airbender are the top 2 western cartoons for me. Hahaha, in that time i've watched nearly an entire series in Sons of Anarchy, i have two more episodes left. Hah, that's fair enough tbh. It's not for everyone. Indeed, it should be a different experience than the usual MCU movies! Aw, that's sad man :( But i'm happy you're happy again! True! Lol. Oh, i'm working from home right now because of the coronavirus shit. Actually it's waaaayy more relaxing tbh. Working from home should be a new normal thing even after things return to normal tbh.

shockzz1234 Mar 5, 2020 8:57 AM
Lmao, probably will be, they need to milk the series for a while lol. I have no idea, do you? I've never tried to change my name before lmao. Well then you have no choice but to become their friend now! =P

It's the least he could have done if that had happened lmao. =P Loool, i used to read all 3 of Bleach, Naruto and One Piece at the same time back in school, Ahh the good ol' days. Am i? I don't think im getting through a lot at all, i just play every day, but i don't play for that long of a time er day D: There's loads loool. Two Tales games, a couple of Final Fantasy games i've never played like 12 and 10-2 etc....i'm never gonna play them at this rate :(
Thank you! Yakuza is the perfect game to play at an old people's home though, gets you hyped as fuck! =P Oh trust me, you have NO idea yet how convoluted the story gets lmfao. You have yet to experience true KH confusion!

You're so lazy, wow! Lol. The Batman Animated Series was the shit! Oh was the last season not that good? :( You haven't watched a single one?? In this day and age?? That's quite impressive tbh lmao. And my favourite is either Winter Soldier or Infinity War. Both are great. Exactly, and now that they're done with the Thanos stuff, they're trying new things out, like Dr Strange 2 is gonna have horror elements to it for example. I'll see you in a few years!! =P Ohh i see, isn't working two jobs tough? D: And recovery/facing up sounds like a resting position lmao. Yeah, i was about to say when the hell do you sleep? Like wtf? You just work 24/7? Lmao.