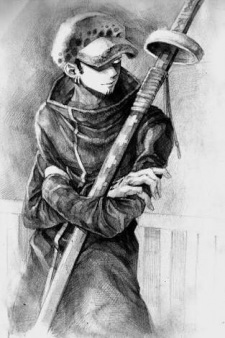 samsince04 Nov 22, 2:50 PM
Argentina v Saudi Arabia? I didn't watch the match but it is a massive upset. I heard that the Argentinian players were getting offside too much...

Tenjy Nov 18, 11:25 AM
Yes, it's crazy how Oda still manages to surprise the audience after more than 20 years.

But it's even crazier that you still managed to stay spoiler free. There was a chapter a few months ago that made the whole internet go crazy. The chapter was even on the TV news.

Even someone I know who has nothing to do with manga sent me a screenshot.

Tenjy Nov 14, 10:12 AM
haha. I feel what you mean. I usually like to read in bulk too, but with One Piece I would be too afraid of being spoiled. I don't have that with other works, but the One Piece community can be annoying at times. There are youtubers that make a video for the chapter many days before it comes out. Which isn't really a problem, but they just write in the titles what's going to happen in the chapter and then on the thumbnail there's some spoiler on it too. The problem is, I don't even subscribe to these channels, they just keep recommending them to me over and over again on the YouTube homepage. It's pretty annoying. But I try my best not to get spoiled. But bro once you get back into one Piece, you can look forward to some heavy stuff. For some time now, every chapter is just fire. so many things have been revealed.

And yes, I can only agree with you. I also find it nice to see other One Piece fans who also like other good works. That's why I sent you the friend request ^^. Are you actually up to date with One piece? Because I was going to ask you a question about a recent thing, but I saw that you paused the manga.

Thanks haha, will you be celebrating halloween?

It's been alright, mostly bust with work and family stuff, and you?

samsince04 Oct 23, 12:20 PM
Happy Birthday. Too bad Mctominay almost ruined your Saturday. The guy is stealing a living at the club.

samsince04 Oct 3, 12:30 AM
It's not so bad. These demolitions are necessary. At least you guys can attempt to play football after realizing that your current tactics are crumbling. You can't play a manchester derby with that midfield. I'm afraid yesterday will not easily be forgotten unless you guys pip them to the league or something.

I mean two hattricks? You'll never hear the end of this. I also learned something as well, City can be complacent. I know shocking right? It's all laugh and games until we actually have to play them.....
All Comments