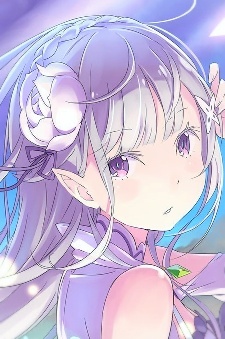 Animated_Amateur Aug 18, 2020 2:16 AM
You are very welcome ^-^ and that is wonderful I am glad you got to have a nice time with your loved ones! I thought you might like that gif of Rin so glad you enjoyed it :D hope you have a nice rest of your day!

Happy Birthday Vysarine :D I hope your day was fun, wild, crazy, off the wall and hopefully relaxing XD but seriously I hope you are well and that you and your loved ones are staying safe and healthy and that today especially found you in high spirits ^-^

Animated_Amateur Aug 15, 2019 5:02 AM
You are most welcome ^-^ LOL yeah it is pretty easy to miss on this site sometimes XD Is that right? Not too many fights or cars were flipped then? Just like one fight and a car set on fire instead of flipped over :D XD but seriously that sounds nice what kind of cake :3 and what gifts did you receive if you do not mind me asking :)

Animated_Amateur Aug 13, 2019 5:49 PM
Happy Birthday Vysarine :D I hope your day was wild, memorable, dangerous and hopefully relaxing! Also, hopefully not too many guests were arrested due to all the crazy partying XD but seriously Vysarine I hope you are well and enjoying some excellent anime and video games currently and that this message finds you in high spirits ^-^

Syadona Aug 13, 2017 1:21 AM
Hey, that's awesome. Congrats! So now what will you be doing with the rest of your real life lol. Still stuck at home, but I'm not complaining.

Yeah, I should give the 2nd season a try sometime. 1st left me a little cold in the end, so It'd make sense to finish up with more. Is Izuku becoming more of a full-on hero like All-Might? Which characters do you like following the most?

What's been on lately that you're invested in?

Gahhhh, I don't know why the developers would just lock it to the 300 pokemon being tradeable then all 800+, unless they were strapped for time and decided to fix the rest of the coding with a future update. Seems pretty lazy to me if you don't follow your franchise's slogan to a t.

Hey, a half-demon teen who wants to beat the shit out of ol' pappy Satan while wielding a katana and being a cool, but sometimes stupid kid is more than worth being the MVP of a show. Also liked Shiemi, Fujimoto, Shura and Yukio as well.

Adorkable. And very true. Let your dork flag fly, everyone, you'll be more beautiful that way!

Syadona Jan 20, 2017 8:10 PM
The GTS is very useful when people are fair with their trades (a-holes who want Lvl 100 shinies for a legendary pokemon really get my goat), and I loved trading useless pokemon in the random finder (A Munchlax for a Zigzagoon? Score!) Can you trade with X, Y, AS and OR to get EVERY pokemon? That's what I'm really curious about. Btw, have you ever traded with one of those hackers who have Legendarys up the wazoo? One such person was nice enough to give me many legendarys for my Pokedex one time.

Nice use of the gifs and descriptions for Blue Exorcist fever btw. Amen on finding fellow anime/manga enthusiasts irl. You can never have too many otaku on Planet Earth. Can't wait to view it myself.

Syadona Jan 17, 2017 9:03 PM
Only 300!? Well, that sort of puts my "catch 'em all" plan out of works for the moment, but if the features and story are better than past installments, then I'd be more than happy to visit Alola. I think I'll get Moon as well when the time comes.

Oh yeah! Blue Exorcist was a good watch indeed, and the dub was very choice. If Aniplex gets the license for S2, I'd be very happy. Bryce's best role he's voiced imo. Also looking forward to Flip Flappers too, apparently every episode explores a different genre or landscape in the realm of imagination, while being a nice coming-of-age story too. There's also a Mad Max episode too (!!!).