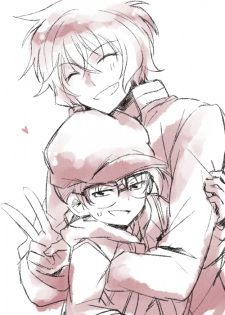 Shocked Apr 23, 7:49 PM
Likewise, hope you've been doing well! Mostly been trying to keep up with anime while working here. Milk_is_Special Dec 16, 2019 2:09 AM
I thought VIZ licensed it a while back. And yes, I will read it eventually, but I'm already reading Vagabond and Slam Dunk as well, so I'm kinda holding myself back with starting new manga at the moment.

Milk_is_Special Dec 15, 2019 4:11 PM
I will definitely try. And I've heard a lot about the art dropping in quality further into the story, which is a shame but understandable if you ask me. I've also heard some rumors Inoue would come back to Vagabond after he finished Real, so let's just hope that happens. Also, because I like to read manga in physical form, do you know if kingdom has been licensed and released in English?