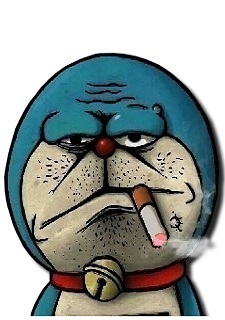 Daydarion Sep 18, 2019 2:20 AM
I know Artstation, but everyone is too pro there :D
There's so many talented artists there that it makes me cry rather then motivate me so for now until I'm pro enough to go there I'll stick with Deviant Art: https://www.deviantart.com/daydarion
See for yourself, I'm not ready to upload to that site :D

Daydarion Sep 17, 2019 3:36 AM
Yeah the style itself is hard to appreciate. I remember first hearing one song from Animals as Leaders and I was thinking "What's this, they are all over the place, It's a mess" but after a few songs I got used to it, discovered hints of jazz, heard the skilled guitar plays and noticed the structure of the changing time signatures and started the appreciate it :3
I probably fell for the style because I'm a guitar player and I always admired guitar heavy genres, with complex composition :3

I haven't heard of Elephant Gym before, but I listened into a album of theirs just now and I liked it so I think I'll seek out more of their stuff in the very near future :D (Thanks for the recommendation)

Daydarion Sep 16, 2019 5:25 AM
You aren't wrong! I indeed listen to a lot of progressive metal lately, because it's good for drawing :3
I mostly listen to Animals as Leaders, Chon, Covet, Scale the Summit, Plini and stuff like that :3
I'm not really familliar with hybrid metal genres but I hear a few before and I didn't dislike them :3

Hibbington Aug 9, 2019 10:46 PM
Well, let's see...ahh zero XD.
If there was a time to try it was the beginning of the season. I'm not in that many servers anyways so I'll just keep it and maybe one day someone will join. It also might be the "Do I really want to be first" syndrome.

Mkim Nov 24, 2018 5:07 AM
Don't be shy and tell me that it's true.
ouch yer got me
nay, tis just the essence of the otaku at work, y'know how passionate dorks can go on and on about the things they like, I was going to write more but I decided it started to look overwhelming so I decided against.


It's gonna take a while for me to get into scholar level like you, though, that's for sure.
I don't see myself anything near as that, I'm lazy to read some of the written works which goes more in depth into the characters, been a long time since I've meaning to read em and I'm sure I'm going to read the joke Alternative Facts in Eastern Utopia book (which is an parody to the whole fake news stuff that was happening) before any other more serious one because it sounds meme-y.


country's draconian rule of internet censorship
yeouch, I accidentally left the t out of the net on the wiki page link so it links to a 404 my bad

does this work
I'd rather use this site than any other ones, it's cleaner and wikia is a shithole of a site if there's alternatives to it

Daydarion Nov 24, 2018 4:25 AM
Wow. I was lucky to be born in Hungary because there's no natural threat at all. I can't imagine how would our town look like if we were hit by an earthquake :S

Boarding and check-in agent is the one who takes care of the passengers from the moment they enter the airport until they leave. Registration, payment and other stuff like that... Well it pays relatively nice, but not enough to get into the high-class :/
In the end they didn't hire me for some reason so I'm back to square one :D