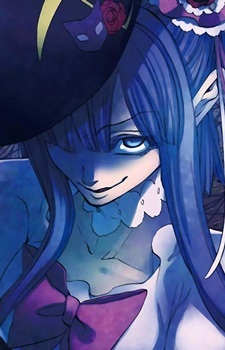 Dlanor Nov 9, 2020 5:05 AM
i am, we're having online classes now which is great to me to be honest.
things are pretty meh here. protests, covid cases spiking, understaffed hospitals. but so far we've been healthy.

Playcool Sep 28, 2020 7:28 PM
I havent touched Umineko ep8 yet, but if you are asking thus far... probably Ange and Beato.
TBH, what has carried the plot for me, after the disappointment of slowly realizing the VN was going in a way I don't want it to, was, I want Battler to make and among all this tragedy, at least be able to save Ange in the end... which of course I know it happens, but I want to see it going, I did hype Beato x Battler a lot before playing Umineko, but it did mostly died down.
I know Ryukish can write great romance (Lucia route from Rewrite), but clearly, this is far from your typical one.

Really loved Leon and Will chemistry on ep7, even though they are both guys, and per reason of logic, you know Yasu was also originally that...

I pay for MAL monthly, probably because I didn't think yearly was worth it, I don't like to pay for 12 months in one go, having the option to cancel whenever I want is just more comfortable for me.

Dlanor Sep 23, 2020 12:52 AM
yeah, I've went back to school yesterday. Had to start over because last year I had to take care of grandma while she was on her last days.
I'm going to focus more on myself

Dlanor Aug 27, 2020 11:42 AM
corona's been rampant here too
my body is getting weaker but i don't think i've contacted the virus. depression sucks

Made quick work of Kingprotea thanks to you lol

Dlanor May 6, 2020 4:39 AM
it's great ;u; i really like it, even though some of the gameplay features are missing. i'm still having fun
awh one of the reasons why i don't want to hack my consoles. it's not worth it

Dlanor Apr 20, 2020 1:18 AM
well yeah, you can go from 12pm to 8:59am yet these old farts go there 24/7. but yay starting from today we're allowed to go to parks and forests again \o/
i ended up catching up with some books and the office lmao.
and animal crossing... i've spend way too much time in animal crossing.