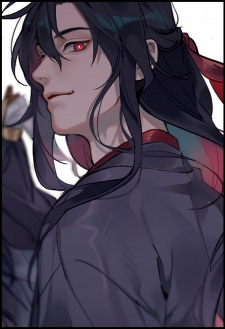 Gieog_ Apr 12, 1:33 PM
that might be a good idea with egg,,, i think when the time comes i'll probably rewatch it so everything makes more sense when the final episode releases, im very excited for it tho!
i think the ecchi has its charm in some ways but i feel like if its used as a gag to often it kind of ruins it?..⊙﹏⊙
i get that the mc is a pervert but it kind of gets uncomfortable at some point especially with the fact that at the moment he's still in the body of a young boy. i was lucky enough to find high quality versions of it which really does make it more enjoyable, if you can afford it i think crunchy roll has it. i thought the way it was done felt really unique and refreshing so im looking forward a lot to season 2 as well!!
i really hope kemono gets picked up for another season too T^T it gets a lot more interesting in the manga and there is some really nice development and new characters which get introduced. the series really makes me want to protect kon and kanebe a lot,, they deserve everything and more ( ˘⌣˘)♡(˘⌣˘ )
after i saw the first episode of ramune I instantly checked to see if there was a physical English release for the manga and was quickly disappointed,,, i really hope they release it soon
as for sequels.. there is a good few im watching,,, the only two sequels im looking forward to the most really is the new zombie land series and the new ssss series (ᗒᗣᗕ)՞
other than that im watching mostly new airing series, there is quiet a few series that are airing this season that ive read/ reading the manga for which is pretty exciting!! this is probably the first season where ive read a lot of them before watching them, i know that spoils it for a lot of people but it only excites me more~~~~~
tokyo revengers ed was too good.. it was a lot better than i had expected it too, other than a little hype when the trailer first was released I noticed a lot of hate on the art style but there seems to be less of that now, i can't wait for them to introduce baji (ง ื▿ ื)ว
even after following the series for years now its still weird to me that most of the characters are only thirteen in the series, a lot of them look like older teens lolol
and fumetsu... ive had my mind blown once again｡ﾟ(｡ﾉωヽ｡)ﾟ｡ ive been waiting for it all day and night and honestly it was so worth it, since the first ep aired a couple of hours ago ive finally made some FNAE moots and i couldnt be happier,,,, the episode made me cry all over again, i thought the ost was really beautiful too it really set the scene. i cant wait until next week !!
i wasn't to sure if I should watch mashiro no oto or not.i was afraid that maybe it would be too slow paced for me? is it any good other than the music? ive also heard of shadow house too! i know nothing about it but im defiantly intrigued by it
and i adored super cub, i saw its trailer a while back and planned to watch it and so far so good! it kind of gave me yuru camp vibes but i think i might like this one more, ive liked motorbikes since a young age so it will probably resonate with me a lot.
the mug show!! i wanted to watch it but i was thinking of waiting but since you said its only 14 minutes i'll watch it for sure now!! i'm watching too much its overwhelming but i love watching the shorter underrated shows each season~
other than these shows i think bishounen tanteidan is looking very promising, pretty boys and detective?? what more could you want !! i read a bit of the light novel a while back but when the adaptation was announced i decided to drop it and wow.. the art and animation is really flawless but what more can you expect from shaft ☆⌒(>。<)
along with that another series which has my interest is dragon, ie wo kau, its about a outcasted dragon who fails to live up to the dragon standards goes out to find a new home, i'm not usually a massive comedy fan but it seems pretty good!! the only thing I can really fault is how annoying their va is but i suppose it fits the character well
a last series to mention would be vivy Fluorite Eye's Song, its another masterpiece in the making, its animated by wit too. its about an ai who's mission is to make everyone happy with her singing but its not so simple! an A.I named Matsumoto appears to her from the future and needs her help to prevent a war from happening. its really interesting so far, the episodes are a little longer than usual series but its defiantly worth the time to watch. wits art and animation only gets better and better it makes me wish they didn't drop mahoutsukai T^T

other than all that i hope you're taking care of yourself well :DD

Gieog_ Apr 8, 10:11 AM
hey !! im also sorry for the late reply~~
I think its really easy to slip into a new show and drop another,,,, I have so many I need/want to finish but I dont have the motivation to do so (=ↀωↀ=)ლ
egg was very good !! im not sure if you've watched it now but if you haven't defiantly go for it,, its a shame the last part of egg is in June :^:
I enjoyed tensei a lot but the mc.. was questionable and lets not talk about tpn :D
if you havent already read kemono!! I was a couple chapters behind on it so I recently catched up and damn... that series seriously gets better !!! the character and art in the manga is just so pretty and kon (*¯ ³¯*)♡
I loved ramune!!! it was really the underdog of last season its was ashame to see so little people watching it
and I also saw tendebu !! I watch most shows last season it was a bit overwhelming but I'm glad I did it..

I'm super excited to see Tokyo revengers and to you the immortal air in a couple of days !! both of them are my favourite manga series so I'm pumped to see them both getting adapted in the upcoming weeks, I'd defiantly recommend them if you're interested ~
(ﾉ>ω<)ﾉ :｡･:*:･ﾟ’★,｡･:*:･ﾟ’☆

Jirash Mar 30, 11:15 AM
Noooo, I'd never ignore you, who do you take me for? ヽ(`⌒´メ)ノ
But thanks for understanding! Thought it'd be better to let you know since there's that one person that's totally mad at me for not responding even after I thoroughly explained my reasons, lol. (/▿＼ )

Jirash Feb 28, 9:23 AM
Hey bitch I mean, hey there! Sorry for the really long wait but I probably won't be replying for a while longer. I'll reply when I finally feel better but I don't want you to think I'm ignoring you or something. Just wanted to say that. Have a nice day! Or evening.

Izuni Feb 3, 1:13 PM
Finished Sakamichi like a week ago or sum but I forgot to tell you lol. Definitely a good read and I could see why you recommended it and hold it dear to you. Ngl was kinda scared at the end since I was hoping for a happy ending and it kept giving me red flags lol. The ending was wrapped up nicely and I couldn't ask for anything better. So thank you again for the great rec~

Ayato-Hiragi Jan 30, 11:14 AM
Lately i’ve been trying to restore my health, thanks for asking!!

awarii Jan 27, 10:32 AM
XDDDD <3 the speed of our replies is just amazing
It's oukaaaay, don't worry, even the littlest help is appreciated ʕっ•ᴥ•ʔっ I wasn't able to contribute this year much either, but I'm planning to work even harder next year lol (ofc if irl will let me). This year it indeed went really fast, just woosh and we are already sending pms for the reveal, like wut. Last year I remember matching felt like it was taking forever, but this year it went too quickly o_o
omg yeah, i know that feeling! i think for me it's just that i love giving gifts and receiving them, so the action itself gives me a lot of joy and afterwards i just can't find enough motivation to sit down and watch the recs i got
oh lol i just finished akudama few days ago and yah i will watch moriarty, i know I'll love it, i just need to wait for the right mood. i'm in a strange place emotionally right now so gotta wait for it to pass away. don't wanna spoil the show when i feel no excitement while watching anything xd
for now i'm planning on catching up with the last season first, so moriarty, tian guan ci fu and noblesse are now first on my list XD but i still haven't touched my recs from SS :sweats: watched one ep of gungrave but other two recs saraiya goyou and kyousou giga looks amazing too. and ofc thanks to simulwatch i keep in touch with few shows of this season, which i would totally forget to do if not for the discord XD what about you?
oh yeah, for the manga, i found so many good ones thanks to SS that I don't even know where to start XD that's the biggest problem with SS - I come out of it with a ptr double the size lol (idk if you you know but i worked with manga during SS but the same would have happened with anime xd). i just complete my mrc/awc during the year, i'm not rushing anywhere xd

Ehh I watched too much, need to do something else.

Gieog_ Jan 23, 11:35 AM
they defiantly do have charm! I wish I had time to watch more of them but there usually longer series ,,,,
hopefully we can both get back to watching it soon heh
since last anime season I've been watching most airing shows its the same with this season.. my country is in lock down again so I have more time to waste
this season so far im enjoying both of the new cells at work seasons, wonder egg priority, Mushoku Tensei, TPN s2, kemono jihen and So I'm a Spider, So What?.. I know its a lot but if you had a chance to pick up an airing series id recommend these to you : DD
im also enjoying the final season of SNK but that seems a bit controversial with the hate its receiving.
and I see,, I think eBay is really hit or miss sometimes,,,

Mayuqo Jan 22, 3:30 PM
My bias are Kun and Sungchan, they're really adorable <3
I'm very proud, Xiaojun in a drama it's just WOW but I don't like so much straight dramas
And I will always love EXO, they were my first kpop group and I won't forget them never. They have a space in my heart
All Comments