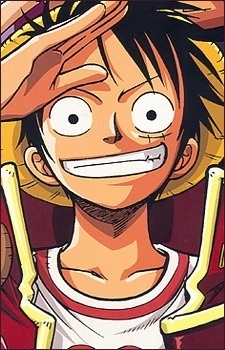 Yuukinnes Aug 3, 10:37 AM
well they did rising not so long ago, maybe they do more xD
hmmm i don't like read manga online, you know...i like physical manga, yea i'm very annoying lol, that's why i almost don't have manga on my list...

Kokoro_Kotashima Jul 13, 6:29 PM
Omg, lol. If you're not updated on the anime, why rewatch from the beginning over the new eps? hahaha

Mmmnnn. It's not really that recent, but High Score Girl is v underrated imo. It's a cute N funny rom-com that has a touch of many nostalgic video games C: I enjoyed the 1st ep of God of High School as well. Super new, so I can't say much about it, but I do love a good action packed anime
Is Broklyn Nine Nine a TV show? :0 the only ones I'm watching rn on Netflix are Money Heist and Quantico-- both are really good :)

---
Ooooh. So the way that I debuted as a model was through a v unconventional method. I competed for a beauty pageant and began modeling shortly after. Don't really recommend this (unless you're just tryna live the expensive pageant life lol) bc it's pure luck of which guests/sponsors decide to show up on pageant day. Also, none of the other girls I competed with became models. There are certain features and aura that make someone more desirable as a model. Not everyone has a thing going for them.

I'm actually working on a model coaching program rn for aspiring models like you. It's a bit of investment, but ppl are gonna be purchasing for value. Instead of spending 1-2 years figuring everything out for themselves like I did (bc this industry is so competitive that you're gonna be on your own most of the time), I'll train them online for... I'm thinking ~3 months-- that way they have a really solid foundation and start up. I'm super excited. Been working on the website for a couple days now *U* it's gonna be so dope.

I am not up to date (: I stopped after the Doffy arc bc it was a great checkpoint, ahhah. Wbu? You keeping up? These days, I'm watching small fry animes, around 12 eps-ish so I can knock em out one by one.

Aw. Anime sure does help with escaping the stress. World is crazy rn so I feel ya >.<"

Kokoro_Kotashima May 27, 7:02 PM
Hiiiiiii~ I'm doing well, wbu? ^-^ and thank you for the friend request! Always happy to welcome a fellow One Piece lover :D

link9us Jul 26, 2019 11:53 PM
Hey have you ever checked out Fire force yet? its a new shonen series just adapted based on a manga that spans around 180+ chapters currently. But omg it is like the next my hero academia in terms of budget and animation. Watch just a few episodes you will be hooked, mark my word. The series is created by none other then Atsushi Ookubo, the author of Soul eater. Its actually his 2nd major publication. So the visual style will seem simliar. I just hope it continues for a long time and doesn't get cancled. It is really a solid anime.

link9us Mar 25, 2019 2:44 AM
If you have any other genre's besides shonen, let me know. Its kind of hard to tell what your real interests are, your list kind of screams shonen so i figure that is what you like the most.

link9us Mar 25, 2019 2:37 AM
I watch alot of stuff man. I been a fan for quite some time. I like all particular types of genre's and i am honestly more of an old school fan as opposed to alot of the newer stuff today. I really hate how the medium is over saturated with CGI now a days, it just really ruins the more organic style of what anime used to be represented as. In any case one of my favorite genre's specifically more modern anime is slice of life. I think that one genre that has really excelled alot over the last several years. But hey if your looking for anything in paticular just let me know and ill see if i can recommend some stuff that blow your socks off.

In any case looking at your list, i can see that you are for sure a huge shonen fan so i would recommend Full metal Alchemist Brotherhood. That is one pretty great shonen series you don't have on your list.

link9us Mar 23, 2019 8:49 PM
Well thats a wrap! Thus finally ends whole cake island. They closed it out with an "opera" literally lol. Such a great amazing episode. But when you look back at the arc as a whole, this one is probably best read in the manga aside from the musicals which i think the studio did an amazing job at. I didn't realize how dragged out this arc really was but 96 freaken episodes??? Holy SHIT!! That is damn near almost as large as dressrosa but yet that arc was 100 chapter in the manga. This arc was only 78 chapters. Yet the anime some how ended up being longer then the manga arc. That is crazy. This type of ratio almost never happens. It is usually the anime has less episodes then the manga obviously.

So like for dressrosa for example, you can expect about 80-90 episodes to adapt a 100 chapter manga, but for WCI it really should have be something like 60+ episodes in the anime, but yet it was 96! you see what im getting at. That arc was stretched to the absolute max. No wonder people complained about the pacing so much.

In any case as i said before, they are taking a 3/in half month break before wano starts so thats a good thing.

link9us Mar 22, 2019 6:31 AM
I like alot of different anime's. Lately i been binge watching alot of classics though coupled with the remakes. Not sure if your a big fan of space opera/scifi as i am? Or super sentai/mecha. I am currently watching Combatler the first of tadao's nagahama romance super sentei trilogy. Then ill be watching Voltron including the remake on Netflix and finally head towards zambot which is the first anime directed by tomino. But in any case that is my schedule as of now.

Combatler is pretty good and it has a more structured story but its really going to have to impress me to surpass the likes of yamato. Even though yamato has a lot of inconsistencies and weird 70's cheese that would no way fly by today's standards, it was still such an amazing and almost ambient construction of space opera and I can see why its so damn iconic. I mean back in those days when people were watching most children's stuff, yamato was a god send to these kids who finally got a chance to see what the medium is really all bout and how this one series which influenced the scifi pop cultural space genre for years to come such as star wars and many other scifi works went on to influence the whole of anime's space opera and to that extent more adult themed anime series. It is just unprecedented when you think of it that way.

In fact the early inception of tomino's first work zambot. He mentioned that it was heavily influenced by gatchaman for its super robots and space battleship yamato for its more space opera genre, combined the two together and that is literally what zambot was. He completely pioneer the real robot mecha genre with zambot, which eventually became mobile suit gundam.

It is a perfect representation of scifi-space opera from its early inception and all of the continuity or inconsistencies conveyed in the original are absolutely repaired beyond recognition and the remake fixes all the classic 70's cheesy stuff. Although as an iconic classic show, it was good, but the remake takes it to an entirely different level. The studio even threw in an episode about what defines the conscious minds between robots and humans from early works of Isaac Asimov which was the inspirational blu-prints of Ghost in the shell. This was just one of many added touches that was pretty profound. There is more prominent military space wars with smarter tactical space espionage then what was shown in the classic 70's. There is also more personality and dynamics to the characters and a more logical story line with less dues ex ma-china errors. It may not be deeply involved in political warfare like LOGH or code geass or have large unprecedented scale space battles that go on for episodes but for what it is trying to represent as more of an adventure space drama series, it certainly does it very well and that is one of the series i rated a 10/10 just recently. I rarely ever give off those ratings.

Especially for something like shonen where there is so much typical tropes used and generic writing, contradictions and frequent unexplained directions of a story that ends up being inconsistent in the long run. One piece is one of those rarities that really goes above and beyond in terms of shonen. I never compare and contrast multiple genre's though, for one piece that rating of 10/10 is given because its one of the best shonen's i have seen but not the best over all anime in existence. It may just be elevated to that though when it finally finishes lol.

link9us Mar 21, 2019 4:35 AM
Dude i can't get enough of this wano arc man. This shit is so dope!! Love seeing zoro finally being a central part of it to. There is really alot of thought out material in this arc, i feel like this arc could be an entire series the way its written. Its clear he has been planning it for so long.

Man One piece!! No other shonen compares and i mean that!!!
All Comments