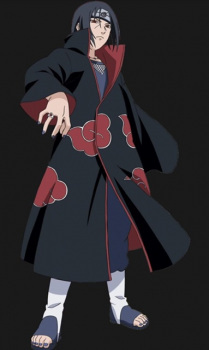 ask for my discord!

Hasy789x 4 hours ago
Ahh, okay, I'll be watching tv shows when I ain't watching anime xD. Already mentioned how before anime, I watched so much Netflix lool
Yeah, deadman wonderland was on it. I had Berserk and One Piece top 2 manga as well. Berserk still in top 5 and I'm currently rereading one piece so let's where it ends up
And Gintama has been fully adapted now, there's just the final arc I gotta read but I'm gonna wait for the final movie to experience that xD.

Nice nice. And yeah, hopefully I improve xD
I guess I'm not bad at painting, I do that once in a while

I been doing good ^^ how about you?

Hasy789x Yesterday, 2:26 PM
Do you get burnt out often?
And I relate I guess, I can't read as much manga as I used to last year. You're right, it is hard to concentrate. It just depends on which manga tbh. But I've read so much these past few months xD. You can tell by looking at my favourites, they've changed so much lool

Yeah, the yona manga is still ongoing I believe. 2 chapters release a month I heard. And the chapters are 30 pages long

During high school, I was pretty bad at art lool. I wanted to try improve, especially in lockdown last year. But it didn't go well :/
Wbu?

Hasy789x Yesterday, 10:38 AM
Nahh lol, last time I was burnt out was at the end of December. I said I would take a month off but only took like 2 weeks off lool
I'll still read manga though, manga never becomes boring for me

ayy that's nice, I may read it once I'm done with the yona of the dawn manga. yona's pretty great rn

To your eternity's first episode is a 10/10, do check it out
I think it was made by the same mangaka as who wrote A Silent Voice as well

Damnn, you nearly caught up already? Nicee
I'm definitely gonna pick it back up again soon, ill see how I find it

nightskies_ Apr 14, 5:50 PM
tbh same! i’m trying to get through this current semester without fucking up because i’m applying for the nursing program this coming fall so that’s why I feel like I’ll be more stressed than usual this year. :’]

I love most characters in fruits basket, but Kyo and Haru are my top two!! Tohru is definitely someone I just want to protect tbh, she’s so precious. ;-;

I have so much to catch up from last season because I’ve started a few, but have been behind (Horimiya and SK8 being two of them)!! what have been your favorites? also yeah, I’ve seen a few eps of s2 for TPN but I’m honestly not really feeling it anymore. :/ I heard manga readers have been disappointed from the direction it went so my motivation to finish it decreased even more lmao. i’m keeping up with more than I thought I originally would for this current season. XD so far, each one have kept my interest enough for me to keep watching so that’s an upside lol. Are you watching anything from this season? from where I left off on Horimiya, I remember loving it a lot, especially the dynamic between the main leads but also the friendships in the story! I loved the realistic feel of the show. :’) I feel like i’m always on and off with mangas tbh. I haven’t even caught up with HxH yet and I recently started Chainsaw Man, but haven’t gotten past the first chapter. I guess I need to be in a certain mood for them, but I’ll definitely take up on your suggestion once i’m in the mood!!

I actually don’t mind Nami. XD she’s not a character that stands out to me personally, but I do like her as part of the group, haha. Luffy is just something else tho. I love him. ;-;

Hasy789x Apr 14, 10:01 AM
I think I'm burnt out from watching anime so gonna take a break from it once I've finished watching part 3 lool
Nice to hear

Punpun's great, Tokyo Ghoul is amazing as well. Haven't read FMA but I'm planning to and I heard it's better than FMAB. So that has potential to be one of. my favs as well

Yeah, I probably won't watch it as well now lol
Just watching Tokyo revengers, MHA S5 and to your eternity

Wano looks amazing in the anime so you're not missing out on much tbh
Last one piece arc I watched was Alabasta I think lool, I watched it on One Pace so wasn't too long. I haven't watched on that website in months xD

Haha! I can't wait to have a night set up in my own house!! Maybe with some yaois too!!! XD

Which manga do you plan to read?

I'm also gonna watch MHA S5, only watched that filler episode so far lool. The first arc won't be the best tbh but the second arc is going to be amazing
I'll also be watching Tokyo revengers. was planning ti watch shaman king and Edens zero but they're Netflix original :/

Agreed, wano is pretty great rn and has potential to be one of my favourite arcs in One Piece. I know the anime is behind compared to the manga ofc and it's gonna be amazing seeing it animated
I'm reading the manga but I may decide to watch Wano in the anime as I heard it's great adaptation

I caught up to jJK and yeah.. Shibuya was a 10/10 arc. Really exceeded my expectations and JJK is one of my fav manga now
Phantom seer even managed to get a lot of sales as well, idk why it got cancelled

Monogatari series is amazing, I thought I wouldn't enjoy it because it's very dialogue heavy but the dialogue is amazing and the cast of characters is one of my favourites. It has some of my favourite arcs as well
Yona of the dawn was really good as well, currently reading the manga from the beginning so it's just a recap. But it has a lot of potential to be one of my favourites as well

Emskirock29 Apr 7, 5:14 PM
Yeah, that's true... I just skipped that episode! I understand recount episodes for long shonens and stuff but not for an anime with 12 episodes haha!! Yeah, I heard they were struggling too!
Samee! I just cant waittt haha!!

Yeah, I agree, I get so jealous baha!

I heard that the ending is kinda shit. That's pissed oml.

Yeah, same... I didn't think the story was gonna be consistently good (if u get what I mean haha)! I know! It's gonna be a long wait.. But so excited!! If only MAPPA would put some more time on Ice Adolescence!! XD
Can't wait to talk about anime with you in may then! :))

Yeah, same! I love when they post videos of their collections! It's sorta satisfying haha!

Hasy789x Apr 4, 10:33 AM
Hope you feel better soon
I've been pretty good, just enjoying my school break rn. I started Jojo's :), also heard a part 6 for it was announced today as well which seems hype

Nah it's fine lool, hopefully I enjoy horimiya thought when I decide to read the manga

There's a second season this summer?? Didn't know that, now I'm excited for it
Which seasonals are you going to be watching this Spring?

Maybe during me watching Jojo's, I may pick up fruits basket. The new season is airing this Spring as well, so I should watch it soon. Nice that you enjoyed it
You caught up on OP as well? What do you think of the current arc?

I'm currently reading JJK as well, about to start the Shibuya arc so I'm excited for it
It's a shame Phantom Seer got cancelled ://
And nice! I bought a few manga a while ago as well, I'm currently collecting Kaguya sama and I've a few volumes of that. Also gonna start collecting the haikyu manga

My rewatch of haikyu went so good, haikyu is now my top 1 animanga. The content in the manga which hasn't been adapted is just on another level, I can't describe how amazing it is
Other than that, I just finished watching yona of the dawn, nearly finished the monogatari series, finished reading bloom into you
All Comments