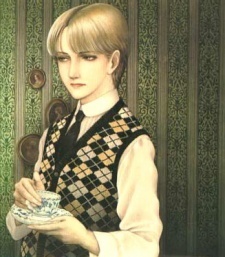 What got you into it?

kokoroanime Sep 2, 2016 11:31 PM
Thank you for finding that song I've been looking for. I should've thought about downloading that SoundHound app.

TheMaster100 Jun 17, 2016 5:07 PM
It's cool to know that they are more people into Asian Drama series :) It's a shame that I can't add any Bollywood films such as Sholay, Mughal E Azam, Anand, 3 Idiots, Pyaasa, Do Bigha Zamin, Chupke Chupke, Jaane Bhi do Yaaro and Guide

Also like the fact that we both love Yokohama Kaidashi kikou, Monster, Yotsuba, 20th CB, Pluto, Rose of Versaiiles and Otoyomegatari to list a couple of series.

Whalelala Dec 30, 2014 11:20 PM
Reading the description of "mono no aware", it described exactly how I felt reading the manga. Really good description of how I felt through the passage of time in this manga, Taki/Makki getting older and their marriage/child. The world slowly fading away. The ruins Alpha finds solace in. Alpha and her robot friends are the only constants and its sad thinking of them watching the world fade away alone.

I read the manga authors other work recently, Kabu no Isaki and it had some problems. It was hard to see much of a point in it. And the ending...not really sure what I read there. It just feels it ended a lot sooner than it should've. I'll probably start on Kotonobe drive soon. I'm new to manga and I've been reading some good stuff at the moment.

Whalelala Dec 22, 2014 3:12 PM
Hi. I just finished YKK! I loved it. I was wondering Ojisan and Sensie are assumed to have passed at some point correct?