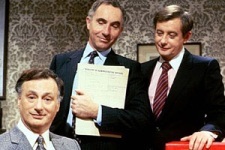 jonmorina May 7, 8:54 AM
I'm playing guitar the whole day, watch movies and read manga so it's fine I guess

Addi Feb 7, 2017 12:02 PM
Hey, I'm doing alright I guess. Real life is pretty stressful, anime-wise I'm having the time of my life though. I'm watching Ashita no Joe 2 which is absolutely phenomenal, I'd go as far as to say that this is the most I have ever enjoyed watching an anime and it has a really high chance to end up as my all-time favourite if it keeps delivering for the remaining 35 episodes.

SchnickelFritz Jan 12, 2017 8:57 AM
That's fine, it does have it's share of issues. But I'm a huge fantasy nerd and a fan of the books, so it's very much my thing (even followed news on the show before it aired), and it's been a very solid adaptation so far, imo, although I've also heard the last couple of seasons aren't as good, which is one of the reasons I haven't caught up yet, I suppose.. and honestly, the last two books were a bit weak as well (book and a half -- I haven't finished the most recent yet). Now that the show has surpassed the book story (the author is a slow writer, to say the least), I can't help but feel a tad apprehensive about continuing to watch.

The only non-Asian series I've watched in the past five or so years is Game of Thrones, and I'm two seasons behind on it. Is that sad?

Kiyomice Oct 25, 2016 5:11 AM
Have you seen Tree With Deep Roots?
Because if not, I highly recommend it. It's my favorite historical drama. It set my expectations so high that there aren't many other historical dramas that I watch all the way through xD.

Kaziki Sep 22, 2016 3:47 PM
Yeah, i don't feel ready for such a big anime, not big in episodes or adaptations or anything but i feel like i'm still a beginner and it's still too big for me

But what does that have anything to with Mahjong anyway?

Kaziki Sep 11, 2016 4:59 PM
Ichi was a nice character, he may seem like your typical awkward character but he was written well, Jiji was truly a mastermind, Kakihara was a loveable character especially in the movie, i don't know what to think of the twins tho