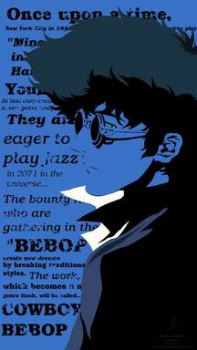 literaturenerd Dec 26, 2020 7:55 PM
Zeta is definitely a flawed series, as are all the Tomino works. Tomino is brilliant, but is also a quirky guy with autism who makes some bad decisions and doesn't listen to anyone. Most of my all time favorite anime tend to be pretty flawed. I typically rate based on my own experience far more than I attempt to be objective. If an anime made a huge impact on me, I'll generally forgive a lot of issues. That's why I still have DBZ in my extended favorites. It's a horribly paced, horribly written mess with inconsistent character writing, frequent animation errors, and is overall kind of a bad anime. I still love it because it helped get me into anime and that's been a wonderful hobby for the last 23 years of my life. Angel Beats was one of the shows I watched when I was taking a break from anime that helped rope me back in along with Baccano and Spice and Wolf. For all its many issues I have a soft spot for it. Elfen Lied could fill a 10 page essay on stuff it did wrong, but its impact on me was by far the greatest. I had mostly watched shonen back in 2006 when I first saw Elfen Lied. My reading was mostly trashy fantasy novels because that's what my dad reads and what my offline friends all read. Elfen Lied helped inspire me to check out more psychological drama with darker tones and powerful emotions. Stuff that avoids a purely good vs. evil narrative. I started reading stuff like Crime and Punishment instead of Wheel of Time or Dragon Lance. Of course I would think it's the greatest anime ever made!

literaturenerd Dec 26, 2020 7:28 PM
Plastic Little is pretty funny if you haven't seen it. It's a bizarre OVA that's horribly written, has 2 separate climaxes that are each hilariously stupid and somehow has better art than 98 percent of anime that have come out in the last 5 years. It only exists to be softcore yuri and for some no reason it looks like a A-list anime. The clothes are really detailed. The backgrounds are detailed. It probably has the best drawn tits in any anime ever. It was also one of the first titles ever acquired by ADV, along with the slightly more famous Neon Genesis Evangelion. So if you want to watch the entire English cast of Eva star in a softcore porn, this is your chance!

literaturenerd Dec 26, 2020 7:10 PM
You don't need patience with Mad Bull. The insanity comes straight to you. You only need to wait 3 seconds to get a rape scene and an 8 foot tall police officer literally shoot a guy's head off his neck. SO much stupid bullshit happens in every episode you're always either laughing or recovering because you just stopped laughing.

literaturenerd Dec 26, 2020 6:55 PM
I have a separate list for anime I legitimately like that most people would say are terrible. Of that list, the worst offenders are probably Angel Beats, Elfen Lied, and G-Gundam. I still don't get why nobody likes G-Gundam. It's hysterical! I think the reason is that it's at least nominally a Gundam series and people expected a somber anti-War drama or classic Space Opera. Instead it's more like the original Gurren Lagann. It's absolutely in love with just how stupid and over top it is, which makes it pretty enjoyable if you aren't expecting it to be Zeta Gundam or War in the Pocket.

literaturenerd Dec 26, 2020 6:42 PM
On occasion I take it easy on myself and review nice things. For the most part I watch complete trash and write short, comedic reviews. If I can get a few cheap laughs out of people it definitely makes my day.

What are some of your favorite "So bad it's good" anime? I particularly love schlock OVAs from the late 1980s to mid 1990s. Mad Bull 34 is easily my favorite bad anime. I also enjoy Plastic Little far more than I should. I recently convinced my girlfriend to watch MD Geist. If you're ever looking for complete trash to watch with friends, I have LOTS of recommendations.

literaturenerd Dec 26, 2020 6:24 PM
Thanks for the friend request! My next review will probably be for Rose of Versailles. I've really enjoyed that one and I'm near the very end sadly!

unimportantuser Sep 3, 2019 2:29 PM
Yeah, Gainax is by far my favorite anime studio, it's a shame what they've turned into, however they bought this upon themselves.

As for Vinland Saga, I did watch 2 episodes of it, and I didn't like it. However, I have considered picking it back up, maybe halfway through the shows run. I've also considered picking up the Manga for it, I'm not much of a Manga reader personally, however I'm not against reading Manga like some people that I know.

As for Ranma, good sir I salute you for having more patience with it than I did. I honestly want to like it, because there are aspects of it I kind of enjoy. But the aspects I don't enjoy about it are so overwhelming, that the good can't shine through for me unfortunately.

And for a random trivia. My favorite Gainax anime is His and Her Circumstances. While I recognize the flawed final stretch to put it very lightly. I still love it regardless, I think Hideaki Anno's directing job on Kare Kano was better than his directing on Evangelion. Shame that Kare Kano made Anno quit TV anime though.

One final thing, do you have a discord account, and if so, would you be interested in adding me?

unimportantuser Sep 3, 2019 1:14 PM
Eh, not really. I guess Carole and Tuesday because Shinichiro Watanabe directs it, but I'm waiting for that to finish.

I don't mean to sound like some hipster or something, but a lot of seasonal anime fails to capture me. But there's also the fact that I don't like to watch weekly, I'm a binge watcher to my very core.

Also speaking of Ranma, I lost any desire to watch that after episode 11. Aside from the 2 special episodes that Gainax worked on, because I'm on a stupid quest to watch as much Gainax as I can because I'm a Gainax fanboy.

Like, Ranma 1/2 was already not something I was enjoying anyway, but when episode 11 came, and they introduced that black rose lady, that finally pissed me off enough to drop the show.

However it suffers from what a lot of anime that focus specifically on the comedy suffer from for me. It's too repetitive.

Now, there's a good way to handle repetition, and a bad way (I'm not gonna get into it here) and Urusei Yatsura is repetitive in the bad way.

Every episode usually involves Moroboshi Ataru being the idiotic, lecherous, perverted boy that he is, finding himself getting into some crazy situation because of his bad luck, and the show will be some episodic "event of the week" scenario.

Urusei Yatsura can be pretty much whatever it wants to be, however the episodes really don't feel all that different honestly, I myself can't watch more than 4 episodes of it at most at a time. I would say it's worth checking out for the Mamoru Oshii stuff, (though having said that I haven't seen movie 1 or movie 2 as of yet).

Though to be fair, you could probably get away with watching Movie 1 and Beautiful dreamer if you do a minimal amount of research on who the characters are and what the premise is. Urusei Yatsura is about as episodic as you can get

unimportantuser Sep 3, 2019 11:48 AM
Random questions. But what are your general opinions or Rumiko Takahashi's works? I'm well, mixed to put it lightly

Obviously Maison Ikkoku is my favorite anime, but as for Takahashi's other works, well, I'm not as big a fan of them.

I honestly think the Rumic Niche or whatever Takahashi fans want to label themselves as would hate my guts lol.

unimportantuser Sep 3, 2019 8:31 AM
I could see the main character being an issue for some people. As they do portray him as this super good, almost perfect kid, with somewhat lob-sided morality. However I think that the main character was written very well, and I feel as though the main character is part of what makes Now And Then Here & There (which is Ima's English title) work so well for me.

However Now and Then is one of the most deceiving shows you'll ever watch, it starts out as a seemingly normal slice of life with a Shounen protagonist, these first couple of minutes were the only time I actually got annoyed by the main character. However even in the same episode, it introduces what the show is really about, without revealing just how dark Now and Then will actually get.

As for Gundam, I have seen War in the Pocket, and I consider that one to be up there with FLCL, Gunbuster, & Ruroni Kenshin Trust & Betrayal as one of my favorite OVAs. I have thought about watching the "Mobile Suit Gundam Movie Trilogy" which from what most people tell me, keeps most of 0079 in-tact so that I can get to Zeta Gundam sooner, because I really wanna watch Zeta Gundam. And as for Thunderbolt, I actually didn't know that I could watch Thunderbolt like that, so I'll keep it in mind.

It is a pretty flawed series when I actually take a step-back and analyze everything on display, however Ima does everything I want a dark anti-war story to do