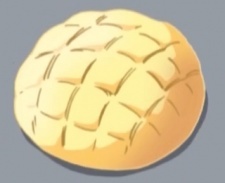 Ezekiel_01 Aug 12, 2020 7:32 PM
Me too looking forward to watching the second season once I get around my anime backlogs.

Onikukki May 30, 2017 1:29 PM
That's awesome! It's been on my Plan to Watch list for a good while. I just finished up an old mecha series and now I'm trying to get into something newer but nothing is jumping out at me.

Onikukki May 13, 2017 11:00 PM
Hey Oscar! Long time no talk. How have things been? Have you been doing anything fun? I've barely watched any anime over the last five months! Haha.

Onikukki Jan 17, 2017 11:17 PM
It sounds like you're now in the same position I am, which is why I was relying so heavily on your recommendations. I wish you the best of luck and hope you find the time to watch a few good shows over the next couple of months.

Please continue to update me on how things are going - I sincerely hope it does turn out to be the good kind of busy!

If you still find the time to watch some good anime let me know Oscar.

Onikukki Jan 8, 2017 9:01 PM
Back to work, huh? So.. how did the following season go? Any new anime to recommend? I haven't caught up with what you've sent me so far but what I have watched has been great.

Onikukki Dec 13, 2016 9:08 PM
Hope you had a good Thanksgiving and an even better holiday this winter!

Onikukki Aug 28, 2016 7:54 PM
I do like outdoor activities - I'm not opposed to just relaxing in a scenic location either. It really depends on the company, y'know?

Exton is a little too far away for me to drive out to Round 1, but, that's pretty exciting. I don't know if I'll stay in Pennsylvania after I'm done with school but it's nice to see some "cool" coming into the State - we're a bit behind on that front.

I was pretty close then! I've always heard Vancouver is a beautiful place to visit, but I've only ever been to Toronto & Montreal. I love a lot of locations in the Western United States, so I'm sure I'd like it up there too. A good friend of mine lives in Nanaimo, maybe one of these years I'll be able to go and visit.

As my profile very plainly states I live in the city of Pittsburgh located in the Eastern United States - I am going to school there.

Onikukki Aug 21, 2016 9:36 PM
I try to be genuine! It doesn't hurt that most of the time I reply to you is in the middle of the night, sometimes under the influence of alcohol, haha.

It's certainly a valid point. Of course I will try not to feel compelled to finish a series simply because you recommended it, but I still appreciate the effort nonetheless. I've found my reactions to anime to be a little less predictable than "western" television series.

Like I said, there's some interesting stuff on there, and I appreciate you sharing it. I used to read quite a few blogs when I was younger - a lot of them written by folks I met on MAL. They offer interesting perspective and expose me to things I ordinarily would never think of.

Forgive my ignorance (and my prying) but where exactly is "GVA Canada"? The only thing that comes to mind is Vancouver.

I took a look at your recommendations and put them all on my plan to watch. You were right to suggest Amanchu over Amaama to Inazuma, but it's nice to have a good Seinen to watch should I find myself in the mood.

I appreciate all of your effort! I've been poking around on your blog a bit, too. There's some interesting posts!

Although I watched Bakemonogatari when it first aired, I didn't originally plan to. I, like you, was not all that intrigued by the synopsis, and I knew nothing about the source material. I actually ended up watching it with my girlfriend at the time, and we both fell in the love with the show. I can be kind of sentimental, so I had actually been avoiding the rest of the series up until now because I wasn't sure how I'd feel about it post-breakup. I've been watching a couple episodes here and there with a good friend of mine, though, and it's been a blast!

That sounds fantastic! I am truly am appreciative of all of your recommendations. Six episodes usually gives me a good indication of whether or not the show is "good", but endings mean a lot to me too. I have a couple of shows from this season on my plan-to-watch list, as you may have noticed, but I wasn't planning to watch them until after this season was completed.