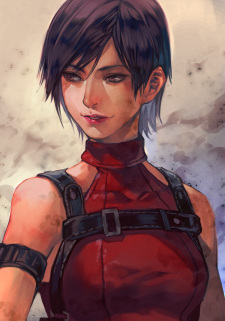 Made in Abyss Movie 3: Fukaki Tamashii no Reimei
Yesterday, 10:39 AM
Plan to Watch · Scored -

TheDerpMan Jan 1, 2018 9:46 PM
I love watching James Rolfe and anything he puts out on his channel. While his number of AVGN episodes a year isn't as high as in his earlier years, I still feel he puts a lot of effort and moreso into the episodes he puts out nowadays. Although he has been upping his game in frequency for the past few months or so. Oh lord, I'm subscribed to my fair share of video game related channels on youtube. Zero Punctuation is just one. Lol. It would seem that I'm quite the opposite when it comes to this front. Since I spend a fair amount of time on Youtube. What sort of games do you often play?

Bunney Oct 25, 2017 7:40 PM
I'll be tackling the behemoth that is Satantango at some point. Not only do I own Werckmeister Harmonies, but The Turin Horse as well, so there's that.

TheDerpMan Aug 7, 2017 2:31 PM
So, like some degrees out there, it's struggling with the things you find boring about it? That's pretty fair. I'm nearing the end of attending community college ( a handful of classes left) before I transfer myself to a 4-year university myself. Disregarding the boring bits, though, what did you find fascinating about studying genetics?

Yeah. Just people who reside in their narrow minded view of people and the world and want to promote an "us versus them" mentality towards anyone who lacks it. I usually keep up with his Cinema Snob episodes and Midnight Screenings. I like to watch his Brad Tries... videos as well cause he's just hella fun to watch. He seems like the kind of guy I wouldn't mind meeting irl and having a beer with to be honest. So is YouTube a platform you don't watch much of?

Yea, I don't see the third one raking in as much. Maybe this franchise will run to the ground sooner or later. Maybe in the 5th installment where they prove once again that God isn't dead by being demeaning towards non-Christians and providing asinine "it just is" logic. I can't agree with you more. The atheism that's present in God's Not Dead (haven't seen the second one) doesn't reside in people who simply have lack of faith. But with people whose logic resides in dismissal of God over the cruelty present in our world. I'd like to think the obsession with the whole "God's Not Dead" thing stems from someone at Pureflix reading the quote from Nietzsche and applying it at face value. David A.R. White and Bibleman form a partnership and team up with the Avengers. Infinity War just got a whole lot more interesting.

Brad's Channel is definitely one I watch quite a bit on YouTube. Probably one of my favorite channels, to be frank. Yes, the film would be Christian Mingle: The Movie and it's an oddball of a movie being based off a dating website. I don't think you'll be disappointed in the new episode. If Left Behind is featured a lot, I wouldn't know. I live in the good ol' US of A and even then I don't really watch TV that much. I always get my entertainment through copies that I buy or online streaming services. That being said, McCage must be a hoot and a half for British television. :) Well Mcdowell's important to the film as he is the devil. Oh, and is it bad that the only Halloween movie I've seen is the Rob Zombie one?

TheDerpMan Jul 22, 2017 6:33 PM
Precisely. I'm fairly sure it was done only for the audience to identify with some sense of discrimination out of the situation. It's just the mc that deals with the evil professor. The only one who's standing up for his beliefs in the modern age where Christianity is apparently fading. It's hilarious, because, I find it hard to believe for the atheistic students in the classroom to be perfectly fine with it either.

I can understand that. And I wasn't aware that there was a drop in revenue for the second one. (which I hear is just as silly, if not, more so) Maybe when the third comes out, they'll decide it's not financially feasible to continue the series with the diminishing returns. That is, if it doesn't rake in as much as the second one. Here's to hoping that a potential Marvel partnership gives us a high budget Bibleman reboot. Since you mention it, are there any faith based movies that you would recommend?

Saving Christmas sounds like a hoot. The closest I've been to watching it is through my experience with the Cinema Snob episode covering it. Which I found to be utterly hilarious. Maybe I should get around to watching the actual film sometime. I'm aware of the car scene you speak of. And I promptly laughed my ass off upon hearing it. It's unfortunate to hear that Nicholas isn't at his Cage-iest in Left Behind. Although I'll still most likely check it out at some point. If my memory serves me right, I'm happy to say that McDowell did get a fair hoot out of his performance. As he plays the devil, I can tell that he does have a little fun with the role. McDowell hires some stereotypically evil lawyers to defend him and the court case proceeds with very asinine and/or irrelevant questions asked throughout.

Captain220 Jul 22, 2017 8:41 AM
Noticed I misspelled Shaun's name, sorry about that. Imo Shaun should have replaced Werckmeister on that list entirely as the one true GOAT of overly-ambitious underground art cinema. Pulp is a tighter package than Dogs, accompanied by the obviously improved production value making it seem more professional over the almost campy feel of its predecessor. For a debut it's amazing, but not as perfected of a style at that point maybe. Tarantino's ego is probably too large to fit in a single movie so the self-indulgence comes squirting out at the audience as well. Ended up giving up on Kill Bill from the first 30 mins recently, just couldn't do it. If the sites were people, IMDB would probably be the mainstream film fan who enjoys mostly everything (Chris Stuckmann, case and point) while Letterboxd is the overly-pretentious art student that has to pretend to like all the Stalker-esque nonsense to make themselves feel more validated.

Superfluous fluff? After watching it for myself, I can't say I'm sure what you're on about. Maybe it's because I watched the theatrical release, but I loved just about everything the film stood for. If I were to name a single gripe, it would be the scene where Alexander meets up with the albino dyke in order to see what happened to Edvard. Also for a titular character, Fanny sure feels nonexistent. The portrayal of Alexander also felt very human, with bits like how he at first refuses to apologize after being beaten with a cane and tries putting up a front, before his false resolve is shattered after a mere whip. I also feel like there was some underlying cynicism to his character as well, although I'd call it subtle. Nothing to the film's credit, but Ewa Fröling is absolutely gorgeous. Grateful the movie was made during the 80's rather than 60's because you know Liv Ullmann would be getting that role otherwise haha. Thanks, I'll be sure to check Through a Glass Darkly and The Silence before diving into Winter Light. Pretty sure we have no scores respectively regarding Bergman's films that align perfectly, so who knows, might just enjoy Through a Glass Darkly. Can't be as horridly convoluted as Hour of the Wolf, right?

You Wenli adorers and your alcohol sicken me. Probably one of my dearest movies scored as 0.5/5 on any critical basis. Personally no alcoholic beverage was needed in my case, just a few people to share the inexplicable quality with. Even if I don't expect someone who's rated DDDD a 6/10 to be able to grasp the concept of fun, it is an acquired taste as stated so no harsh feelings if you didn't have the time of your life watching I guess. Seems to be that way with a few of Kubrick's films, and some other critically-acclaimed giants (Blade Runner comes to mind). I'm happy if more people are digging Eyes Wide Shut as Kubrick did say it was his life's masterpiece, or something along the lines. Blunt statement but I reckon he had at least some confidence to back it up, or else he wouldn't have set the expectations so incredibly high. The interview was at the start in Fear and Desire was at the start. this was the video I was referring to. I'm not madly in love with any of the music genres you listed as I don't often find myself listening to modern music. Though I guess Chester Bennington died, RIP.

Cupid Jul 18, 2017 9:46 AM
Howdy partner, how've you been? Haven't talked in quite a while, but I did notice you've started reading good ol' Buddha. Sooooooo, has Tezuka enlightened you to the ways of horrible comedic timing and tipitaka head bashing for 66 holier than thou chapters?
All Comments