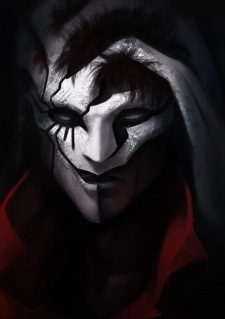 PraiseTheSun123 Oct 16, 1:21 AM
It's pretty ironic how you have Ergo Proxy in your profile picture without having watched the show. Would recommend it though.

Saekosannn Sep 30, 12:24 PM
Lmao i love you said deku reminded you of diarrhea in your review about it

cazzgross Sep 11, 12:14 PM
It's pretty ironic how you have Ergo Proxy in your profile picture without having watched the show. Would recommend it though.

Ado42 Aug 14, 8:11 AM
It's pretty ironic how you have Ergo Proxy in your profile picture without having watched the show. Would recommend it though.

--Ikigai-- Jul 24, 9:27 AM
It's pretty ironic how you have Ergo Proxy in your profile picture without having watched the show. Would recommend it though.

SynthwaveCrusade Dec 11, 2019 9:43 PM
also just wanted to ask about your thoughts on jojo as a whole, as you could probably tell, I really like Jojo's bizarre adventure, and seeing as your reading all the currently finished parts of jojo, I was wondering if once you were finished with all of the currently completed parts of the series, you could possibly review each part individually, of course the decision is up to you, I just thought that seeing your opinions would be interesting to say the least.

SynthwaveCrusade Dec 11, 2019 9:31 PM
So shitposting aside, I actually found myself enjoying Mayoiga a lot, while I tend to agree with you on most of the points you made through the review, I think that the whole point of mayoiga was to play on the cliches of the horror genre, in the comments you did say "Digibro Intensifies" which fair enough, you most likely thought that my opinions on mayoiga came from digibro's video, and yes I have seen his video, but even before I had seen his video I still felt that mayoiga was a show that was "unintentionally intentionally funny" and that that's what made it so good, digibro's video only really enforced that fact to me, so no, those people who are calling it "Unintentionally intentionally funny" do know what they are talking about, if you don't agree, I can respect that, I'm not saying that you should enjoy mayoiga more, but maybe it would be worth it to rewatch the whole series thinking of it as a more of a comedy than a serious Horror.

Anyway, thats all I wanted to say, I probably should have said this from the start instead of shitposting and being retarded, anyway have a nice day and I hope you will at least think about what I said.