Ryuseishun Mar 28, 2018 9:44 PM
I agree with you on Hai Gensou Grimgar......it was literally a snoozefest and cringefest at the same time. Like when that one guy died, I wasn't even one bit sad (and no, I'm not a cold-hearted person, either)....I was more like "whelp they had it coming xD"
I actually dropped it halfway and idk if it's worth picking back up to watch again, unless if I somehow have all the time in the world

~Let's Celebrate Today, in the Memories of Yesterday and Hopes of Tomorrow~
This month we decided to dedicate our newsletter to our club's one year anniversary
If you'd like to subscribe for our regular newsletter please subscribe here: Newsletter Signup
It's been a great year for us as we grew gradually and improved our club together
Special thanks to those who contributed and participated in our events to keep it active
We only hope for the best in the days to come, thank you for staying with us~

If you're new to the club feel free to Introduce yourself here: Introductions
Or if you'd like to join our discord server, please click here: Discord Group 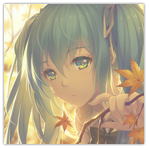 Thank you for requesting cards, we hope to see you in future editions as well 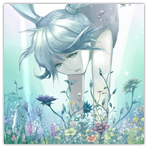 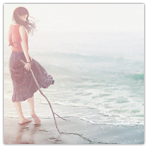 Nights at the Citadel (Monthly)
Night's at the Citadel is our monthly game event that's hosted
around the middle of the month. There are several realms and
participants are required to complete certain tasks in order to
restore balance to the realms, which will earn them an item...
The tasks are uncertain as they will change every month
Last Month's Conquerors

Umbra_curator Aug 2, 2017 4:31 PM
Hey there! thanks for accepting my friend request! How are you doing today?!

Chat with other club members and make new friends at
the member chat thread!

Have any suggestions for card editions, layouts,
games, or events? Share your suggestion at the
suggestions thread!

What's Your Preference?
Word Morph
Be The Last One To Count
Three Truths and Two Lies
One Theme And Ten Anime
Ban The User Above You
Story Time
Guess The Song

Captain220 Dec 29, 2016 5:02 PM
"I don't really think you would bear the nature of the show, as it does consist of shounen ai rubbed all over the viewer's face LOL" Yeah I somewhat attempted watching it for review's sake but just couldn't do it. It's a genre-specific that's made and caters to a set audience, what bogs me is that it's not nearly as polarizing as I would have imagined. Can't wait for people to start over-analyzing such simple pandering and make it out to be some sort of literary masterpiece. Oh, wait..

I've seen people denying the kiss, but it was so obvious. I mean, if they just hugged, nobody in the audience would've had that reaction. I mean, everyone is used to them hugging. Everyone in the anime, I mean.

Talking about proposal, holy shit, have you seen episode 10? I was so happy, I became a mandrake lmao.

Same, I've had some really rough days and YOI just makes them better. Also, since you're saying that you love cute relationships like this, read this: https://tapastic.com/episode/174809
It's one of my favorite comics.

Ehh, I actually like JJ after episode 10. He was so smug. I remember when I used to dislike Yurio, now I love him. Angry kitty cat.

Yes, it really entertains me. It's been a while since I've enjoyed something this much. Nothing really thrills me anymore, but this anime managed to give me 20 minutes of excitement every week. It airs pretty late for me but I still stay up to see it. Also, Drifters isn't that bad. I made a small 'review' ( can't really call it a review ) on my profile, check it out if you want to see how I feel about it. Occultic;Nine gave me cancer from the first episode. I have it on-hold for now because I've heard it's not that bad and I should watch it.

Every time something cute happens in it I just get so happy, my classmates told me they've noticed it and they think I started being interested in someone or something like that, since I'm always very gloomy. I just fell in love with Yuri on Ice and some comic, lmao.

Yeah, I've given it an unusually high rating. Since it's on my favorites list, it is one of my favorites. I don't have an ''all time favorite'', though.