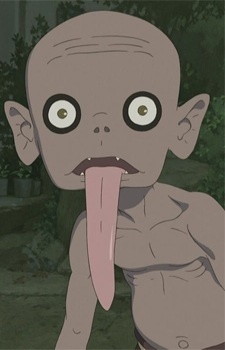 pluvia33 Jan 10, 2018 9:08 AM
Hello! Thanks for the comment on my blog! Since the @ -username- tag doesn't work in blog comments for whatever reason (because MAL doesn't want to support blogs, I guess), I'll just respond as a comment to your profile.

As far as the items that I had issues with in this year's Challenge, the first one that really bothered me was the one asking for 5+ adults in the main cast. In theory, it seems cool, but after posing the question to the Discussion forum for the Challenge, it was confirmed that every character used for these kinds of items has to be identified as "Main" in the anime entry. This bugged me in general for any of the items that required 5 or more members of the "main cast" to be anything particular because there tents to be very few anime in general that have that many characters identified as "Main" on MAL. For example, I wanted to use an entry in the New Game franchise to fulfill the 5+ adults item because I felt it was really fitting, but each anime in the franchise only has one or two characters listed as "Main" even though, personally, I'd say there are at least 6 characters that get pretty equal screen time in the series and since the series takes place in a work environment damn near everyone in the series is an adult (other than one of the character's little brother and sister who are very minor characters). So yeah, that really bugged me and made me drop down to the 60-item difficulty. Then I came up against another issue which is the use of Anime+ for some of the items. I'd never heard of Anime+ until this year's Challenge and I didn't really want to use it, avoiding any items that mentioned needing to use the site in the generator. But then I was going over the individual item descriptions in the Sign Up forum and realized that the "watch an anime that combines a least favorite and favorite genre of yours" item requires that you use whatever Anime+ spits out as your favorite and least favorite genres. I REALLY disagreed with this method. I know what my favorite and least favorite genres are and with the way I score things on MAL (dropping things that I don't enjoy and not scoring anything that I drop) combined with the fact that I'm obviously going to normally avoid my least favorite genres, the ranking on Anime+ was really off. I'm personally not a fan of Historical themes and that was originally the genre that I was going to use as a least favorite for this item. However, Anime+ ranked it as #18 out of 43 genres for me! It's just really not an accurate measure for me because anything that I'm actually able to get through from my least favorite genre I might end up scoring high in spite of the genre, not because of it. For example, Millennium Actress has Historical listed as one of its genres and I scored it a 10; but that isn't because of its Historical themes, it's because of the wonderful fantastical elements and my love of Satoshi Kon. But then Otogizoushi bored the crap out of me after one episode and I dropped it, but probably would have rated it a 5 or 6 at best if I actually pushed myself through it (which are pretty low scores for me). If I actually reworked my choice for this item based on Anime+, my least favorite genre would have been Shounen which I really have no inherent problem with (I think it's just low because I happened to watch a lot of DBZ movies and specials early in my fandom and in retrospect they're not that great to me so I rated most of them with a 5). So I'd have to watch a Slice-of-Life Shounen series which would just be stupid easy and in my opinion against the spirit of the item. So yeah, with that annoyance I dropped myself down to my current 50-item difficulty. It was annoying that I couldn't go for the 100-item difficulty, but I'm okay with it now. So many items were just so restrictive that it felt like I'd just be watching a lot of random junk. The way a lot of the items are written just feel like it makes it hard to find things to fulfill the item instead of encouraging people to watch new and different things which just seems kind of silly for me. When things are just hard to find an item to fit it, it doesn't really make the Challenge more challenging, just more annoying and fills the Discussion forum with more people asking for help to find things to fulfill their items. It really seems like it is against what the goal of the Challenge should be. I think I'll still shoot for finishing 100-items this year, but just doing 50-items in the Challenge so the other 50 that I'll watch can just be on my terms and likely do a lot of work on anime that have been stuck in my Watching and On Hold lists for way too long. Thanks for offering to help, though. And sorry for what's become a very large wall of text. XD

oKasai Nov 16, 2016 5:58 PM
Haha yeah same, I knew once November came along I was going to be overwhelmed with challenges if I didn't start trying to complete the remaining ones soon.

Yeah hopefully I'll like it, I'll definitely let you know my thoughts on it either way :P

oKasai Nov 16, 2016 4:42 PM
Thank you for the recommendation! that was the only rec I've gotten so far and it was for an anime I've been wanting to watch but totally forgot about so extra thanks =D

Haha yeah I've enjoyed doing the challenges so far but I feel like these last few are going to be a grind especially with the deadline coming up.

Sir_Chasm Mar 3, 2016 6:27 PM
Sanzoku no Musume Ronja is the best, maybe reading the book as a kid makes me biased though.
Rorschach is the best character from Watchmen.

merryfistmas Feb 27, 2016 6:20 PM
I think it's a discussion worth having. I think what it comes down to is some people don't need a reason for fan service, and some people, like me, will always get annoyed if it feels at all inappropriate

People bring peoples favorite shows into everything. Don't even try to talk about plot holes with SAO in your favorites.

merryfistmas Feb 26, 2016 12:45 AM
Thank you. I've no love for the genre, and if people like it then that's fine, but the rationalizations they come up with are ridiculous.
"It's part of being human" so is everything else we put into our art...
"but most anime has ecchi!" No it doesn't and even if that's true I'm not obligated to like it.
"You're just afraid of boobs" No I'm not, I just like actual stories with things that happen, things that are relevant to *gasps* the story.
"Don't lie, you want to fap to it" Even if we assume that's true, I don't see how arousal makes the show more enjoyable. Inserting my favorite pornstar into my favorite movie isn't going to make that show more enjoyable...

And then I get to deal with the whole "but you like KLK" nonsense.

Anyway, I'm glad there are people who agree with what I', saying.

Saihate May 19, 2014 8:37 AM
lol whoops only about three days late to reply to the party buT FINE YES GO AHEAD {it'll make me look like I actually have friends so that's fine by me uwu}