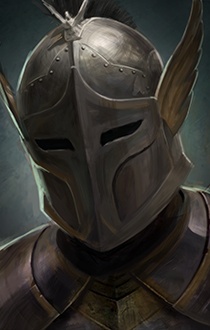 watching some anime now
watched that revenge show, boy did it fall off a cliff in the last arc, and the main girl was TERRIBLE lol
Masamune-kun no Revenge
IDK how it got a 7 lol

you watched anything good? 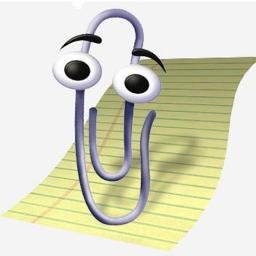 dontsendmenudes Mar 10, 2017 11:58 AM
I'm actually surprised to hear that o.o
Imperium kinda reminds me of Warcraft 3 because of the heros and uniqueness, although it's pretty different. You don't really build anything, you already have your villages and stuff built, the only thing you can do to expand is conquer fortresses. And the heroes die forever if killed so you can't get them back iirc.

That feels like the opposite of WoW actually. I love leveling in WoW and other stuff, but once I hit the max level I start getting bored. I get gear and do dungeons and pvp, and it's fun at first, but after a while the end game content in that game becomes too repetitive, that's probably why I quit playing often. Plus I hate daily quests.

dontsendmenudes Mar 8, 2017 5:46 AM
Wait, are they still releasing AoE II expansions? Wtf.
The whole "if the opponent goes with horses, build pikemen, if he's using arrows, go horses" thing was nice but I wish there were more unique units for each civilization instead of just one or two. While I agree that fantasy and sci-fi settings are easier to make unique, there's games like Imperium which has pretty much every civilization filled with unique units to their faction. I haven't played it in years, but I don't think you'll ever see two factions sharing one type of units in that game.

Oh, I see o: sounds pretty good. I kinda like the holy trinity system but it's good to change and make things different sometimes. It makes the game feel more unique. I don't play MMORPG games anymore, mostly because of how time-consuming they are and how they get boring once you've reached the maximum level and beat the end-game content. I'd only play again if a friend or a group told me to play with them together from the start.

dontsendmenudes Mar 2, 2017 9:49 PM
Oh yeah, Conquerors was pretty good, I liked playing the Spanish lol. I just wish civilizations in that game were a bit more different from each other, like the races in Warcraft 3.

Have you ever played the tabletop game? They actually looked pretty fun from what I remember, the problem is that there wasn't much or any people to play it with and that it took a lot of money and effort to get a decent army, but damn it looked cool.

Why aren't they so social? I've heard you couldn't see people who were not from your guild if you went out of the city or something like that. It sounds pretty interesting when you put it that way though. I always hated how static MMO fights are, especially when fighting against mobs. I've played warrior a lot in WoW and jesus they were a snoozefest to level up...

dontsendmenudes Mar 2, 2017 3:39 PM
Damn, I wish any of my friends played it. We used to play Age of Empires II using GameRanger, but we were only 3 and the games ended up being kinda boring (and unbalanced).

Ahh, Warhammer. I would have loved to try that game back then but from what I've read, it didn't do so well :/. When I was like 10, my cousin's boyfriend who liked it let me read some of the lore of the board game and it was pretty cool.
A friend of mine also plays Guild Wars 2, but I never tried it personally. What's so good about it? I do agree that old WoW is my best MMO experience as well, it was great especially the first days when you didn't know anything about the game and you just wanted go to anywhere and see stuff lol.