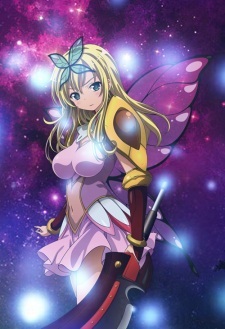 RealTheAbsurdist Nov 16, 2019 9:41 AM
NoobAsian said:
My ideal anime would be this fucking thread. You have two sides who are fiercely against each other: one is a band of misfits thrown into this drama caused by the other side and his crusade against all he believes wrong. Endless battles that cross from one thread on to another, only perpetuated by the crusader's vision of justice.

We also see the crusader's internal struggle to come to terms with his backstory, leading to a possible arc about the true mastermind pulling the strings. For example:

You, Manaban, Johan, Jokah, Yarub, all have had difficult lives, compared to my spoiled easy life.
Compared to

In real life, I am one of the coldest, unsympathetic, people you'll ever know, who's grown up in an even colder household, you really don't want me to break my persona, I know how to make people feel bad.

I think this thread has all the makings to be an ideal anime, I hope I am selling it well enough.

I can't believe people are still hung up on things that I said over a year ago. Don't you feel the least bit embarrassed? Why can't we just move on? I even apologized in that thread.

Syreid Jul 13, 2019 11:30 AM
Oh,sweet.
Btw,do you remember how long it takes till you actually get assassin sca?I've been farming since yesterday and reached around project 13?A bit tiring haha,went through over 1k AP already. Would it be nice if I knew how much more to go.

Syreid Jul 10, 2019 6:24 AM
Hey,hope you're doing well^^
Was just wondering if you still have any spots left in FGO?
You basically have the perfect deck/collection lol.