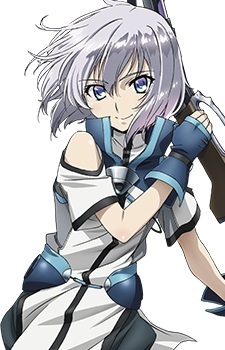 u too take care urslef too...

Playcool Sep 28, 2020 8:28 PM
I dont mind myself so webnovel trash, as long as it is enjoyable.
You could say Arifureta started pretty much webnovel trash, but the LN grown over time to me, and I just got invested to the point it was really enjoyable seeing the characters interacting and getting new skills (fights are epic there).

I know there is a sequel to Negima, and I see many dislike it way more, that said, that vampire girl I was digging thus far up until I read, is like the main there, so I m sure I will still dig it, one day, when I get on my head I want to read Negima, and binge read it, it is so long, need to be in the mood for that.
(maybe actually read Love Hina first to get me better context for the mangaka evolution, and I have seen the anime of Hina soo long ago too...)

You keeping up with Rokujouma? Is it close to finish?

Playcool Feb 6, 2020 8:34 AM
So you are cursing yourself for lowering your standards and info-dumping your head with brainless generic web novels over the years?
I guess many have a similar experience, but with ecchi or doujin. xD

I haven't read more since then, though at the time I manage to put some pretty decent progress with the manga.

BTW saw that Negima photo, I just started the manga a few days ago, first contact with the series too.

You should join the Kiseki Series Fanclub and join our discord.

It's where I and most of our club members are daily active at lol.

Aleczandxr Apr 5, 2016 9:16 AM
Nope, but I think maybe your username was posted somewhere on the net with "add me" next to it?
All Comments