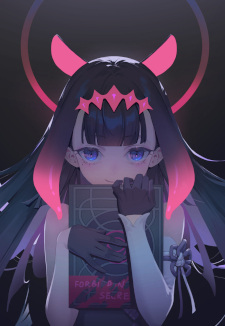 Anime Guild
Requested cards are here
Click the link below:
--> Kaguya-sama 2nd Season Cards <--
Contact me in PM if there are any problems.
Cards will be deleted after a month, make sure to save!!

That profile though, damn!

hacker09 Jul 24, 5:34 AM
hmm that's weird,but thank you.
So the way my post is with the .com is totally okay,but to prevent problems for myself is better to remove the .com? (I already removed the .com)
It's good to know that.

For example if I make the same thread on 2 topics,like on Casual Discussion and on Games, Computers & Tech Support,is that against rules too?

hacker09 Jul 23, 3:15 PM
Since it seems that Leknaat won't be banned because he used that link as an example and not as if he was willingly sharing copyrighted contented, I guess that might be okay to occasionally refer to an website, if I'm not simply trying to share copyrighted content.

I've made this thread where I just referred to a website that infringes copyrighted materials (I even took of the https, so will be a little bit hard for others to open this link), but I did this as an example and not with the intent of sharing the website or any copyrighted material,or making it known to others.

Is it okay, or it's not okay just because I'm not a MAL staff member?

So I guess that both links are not illegal or copyrighted and that's why I shared 1 of these YT links here https://myanimelist.net/forum/?topicid=1853277#msg60261674

Is it okay or not?

SheyCroix Jul 17, 5:18 PM
Awww cause u had to click on it first xD
but now I don't remember anymore all I wrote ... mm thanks for accepting! ♥

Doriss Jul 5, 2:28 PM
Thanks :D
And yes, I agree. Miyano Mamoru is one of my favourite seiyuu as well <3
What are your favourite Mamoru's roles?

Doriss Jul 5, 1:45 PM
Thank you for accepting the friend request <3 And nice to meet you!
Great favourites, especially Koe no Katachi, Askeladd and Miyano Mamoru ^^
All Comments