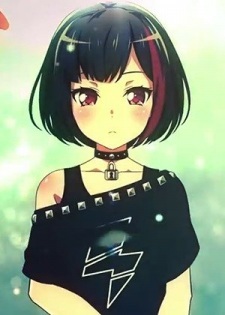 rustyfeed Mar 21, 2022 2:31 AM
friendo who revived my MAL that was created and abandoned the moment it was born almost 4 years ago LOL

Obeythealfa Apr 8, 2018 8:12 AM
miles bro its been to long, how has college been hope everything is going great. With spring here and a new anime season upon us again was seeing if there was anything you are watching :)

SageModeTice Mar 3, 2018 1:03 PM
Haha I still have PTSD from my first experience. But yeah DDLC was definitely game of year 2017 for me. Can't wait for the sequel!

-Sonal- Jan 25, 2018 11:29 PM
I suppose you're right. Even so, I sometimes feel guilty rating works poorly only bc I didn't enjoy them, especially if I can see how much time and effort said mangaka put into their work

-Sonal- Jan 25, 2018 4:03 AM
I guess all of those are cases where I might not have "enjoyed" the story, but that I was intrigued enough by the thematic content that I felt convinced they were good works
Yes. So in such a case, even if you don't enjoy it or don't feel intrigued by it, but you acknowledge it's a good work (artistically speaking), then how would you rate it? Give it a good score or an avg one?
For example, I liked the premise of the Higurashi no Naku series. However, the first few chapters of the unnecessary glimpses of the MC's school life (again and again in every manga), which contributed nothing to the plot whatsoever, annoyed tf out of me. Not to mention the unnecessary boob and underwear shots+the loliz. But then the mysteries and the twists kept me sufficiently intrigued, and I ended up giving them an avg of 7. I'm still undecided as to whether I should rate it a 6 (an avg for me) or discount its flaws and rate it on solely what it set out to be - a mystery.

-Sonal- Jan 25, 2018 12:43 AM
Well, I did say I know the spoilers, but that didn't include the character names an archetypes. But that's good to know too.
Lemme ask you this - do you rate stuff on the basis of enjoyment, or on the basis of how 'good' that piece of work was for you? And if it's the former, what do you do when you have good work in front of you (by your standards), and yet, it fails to pull you in?

-Sonal- Jan 25, 2018 12:21 AM
Oh, I know about the spoilers. The game sounds very interesting, but I won't be playing it, esp since it doesn't have male characters (it doesn't, right?). By 'well fleshed out', you mean non stereotypical, right? Or at least, breaking a stereotypical mould. I see.
Lulz. I'd forgotten that difference scores have different meanings for people. Hah.