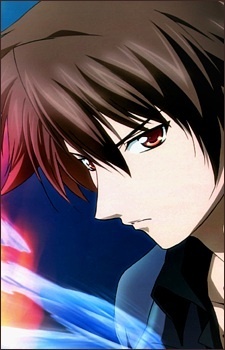 Attackonfiller May 7, 12:52 AM
Thx for accepting. You share quite a lot of some of my favourite series ^^

Cyborg_Dragon Feb 3, 2018 11:14 PM
Once Arima died everything started to become messy especially when the latest chapters are about how to MC never developed as a character and got turned into a Kaiju and disappeared for nearly twenty chapter.

also the other reason I added you is because I am a fan of prototype aswell.

Cyborg_Dragon Feb 3, 2018 3:43 PM
I saw a few of your forum post on the threads for tokyo ghoul:re and I saw we like a bunch of the same stuff so I said why not.

KashKetchum Feb 23, 2017 11:48 AM
Unfortunatly I never played the original game, so imma have to go with her looks (God I sound shallow as hell xD). I do plan on buying Automata though.

KashKetchum Feb 19, 2017 5:19 AM
True but at least it's back with it's usual antics, something that I've missed from the series for a long time now.

Yeah I'm definitely in the minority when it comes to disliking Kaorie, I really don't see what's so great about her.
Most of the people that I've seen stating why they like the series was mostly because it made them cry and I'm just "ok? And!?" xD

That's Haruno Yukinoshita from Oregairu, unfortunately it's another show that suffers from the same problem with SHITgatsu by having a bunch of unlikable characters (I have two more characters from the series on the list)...I still enjoy the series and its MC though.

I just noticed that you're also in the Prison School Forums, did you read the latest chapter?

KashKetchum Jan 26, 2017 2:33 PM
Lol pretty much.
The cringy comedy and melodrama also plays a huge part but my main issue with it would have to be the characters : it's not everyday you get a show that's filed with a bunch of unlikable, self-centered, manipulative group of individuals, with Kaori being the worst offender. Not only she represents everything that I hate in a female, her character turned out to be nothing more than a walking plot device...so you can imagine that I felt absolutely nothing for her when we got to the ending.

Kishou Kousei Arima wasn't all that great of a character either, I would even go as far as to call him pathetic, but he was the only one that piss me off the least out of the main cast..I guess you can say that I pitied him more than I hated him.

The only one that I truly liked from the show was the teacher, she was pretty cool.

So yeah, while I wouldn't call it the worst thing that I have ever watched, if I ever made a list for a shows that I straight up hated, this would easily be at the top.

And Im pumped for Code Geass season 3.. bad or good I will love it :>