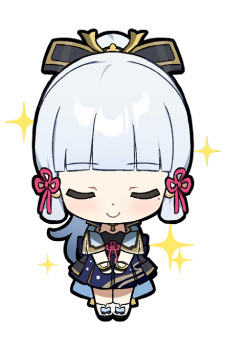 Callous_Zero Aug 17, 4:24 AM
Seeing someone gives Boku no Pico a score other than 1 or 10 baffles me

Hello how are you ?

Hikki_Senpai Aug 3, 12:16 PM
Happy Birthday (tanjoubi omedetou) :) May god give you a happy year again.
Here's something for you :)

clarexclare Jul 5, 6:44 PM
Haha thank you! It's kind of a mash of Evangelion and Darling in the Franxx (which I do not like much)... so instead of shinjiinthefranxx or any other remix of that I just went with shinjiintheeva LOL.

I've heard mixed things about the directors cut as I found out that I wasn't watching it and I'm nearly halfway through the show. One of my friends suggested that I watch it while the other advised me not to. So let me know if its any good!

Hikki_Senpai Jul 5, 5:18 AM
I completed it. To be honest i enjoyed it but it's very much enjoyable in anime or manga.

clarexclare Jul 3, 4:42 AM
Oh for sure. The show was quite the unique experience for me as going into it I thought I wouldn't be a fan of what looked like fighting robots and teenage angst... Turns out that was JUST what I needed. It really revitalized my interest in anime. However, I was surprised to see how controversial the ending and the following movie was among fans. I personally thought it was great considering that I had never seen an anime doing something like that.

Ah I see! I've not really watched any Korean dramas before, but I've seen a few movies like Oldboy (if you've ever heard of it) and Parasite which I love. Which one are you watching?

I have a few on the go right now! Re:Zero, Vinland Saga, Fate stay/night: Unlimited Blade Works, Hunter x Hunter... I also just finished Kami no Tou yesterday which I surprisingly really liked for the most part. Enough to want to read the manwha anyways. :D

clarexclare Jul 1, 8:09 AM
Between her and Misato, I'd probably choose the latter but by a slim margin. :D

Haha, Rei grew on me after a while, but I'm definitely more of an Asuka fan. Honestly, I've not seen any of the rebuild movies as of yet but I have them downloaded so that will be a feat I tackle in the near future. Especially so since Evangelion 3.0+1.0 (they could have really just said 4.0) is bound to come out sooner or later. I'll let you know for sure! :)

Kurapika88 Jun 30, 2:24 PM
It's pleasure to meet you too ^^ .
Waw you have an interesting profile ^^. And your favorites anime FMAB & Bakemonogatari, these quite interesting ( ╹▽╹ )

clarexclare Jun 30, 11:53 AM
Hello there, nice to meet you! Glad to find another Evangelion fan and thanks for accepting the add! Omedetou! I was really intrigued by her personality and specifically cleverness, I thought her backstory with her mother and the nature of the Magi was pretty interesting as well. Other than that, she has the same birthday as me LOL. What about you? I'm assuming it's the lovely Asuka given your profile picture. :D