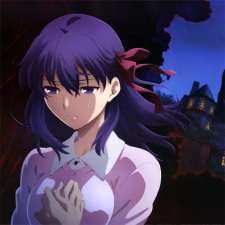 supermario4ever Aug 10, 10:02 AM
Dank je wel. :) I will do my best, but I'm really in the basics yet, so I don't dare to write yet long in dutch, because I'm really in the beginnings, but later I can talk even more. :) And I listen to Radio 538 to learn the dutch speech.
I was in the Netherlands this February (Eindhoven, Alphen aan den Rijn, Leiden), and I totally fell in love with the country. :) As you can see, Haikyuu!! is my favorite anime, I met with more dutch people via this anime, and they are also kind, I'm pleased to talk with them.

Well, if you are open to watch old animes, I really recommend you to watch the Slam Dunk. It's from 1993 to 1996, so even it's old for me as well, I still feel, why was it masterpiece, and goundbreaking that time. It shows the Basketball really realistic, the jokes are great, and the coach of the team is one of the most loveable human, whom I saw in anime.

Would you mind to add you as my friend? Maybe we can talk sometimes, or even more often. :)

supermario4ever Aug 10, 5:52 AM
It seems that more people found you because of the Ahiru no Sora review. Well, what I can say is you have right. Kuroko no Basket is way more better, but no anime beats te all-time masterpiece: Slam Dunk. The animation of the Ahiru no Sora is really bad, and I don't see anything special in the anime.

I was pleased to see, you live in the Netherlands. I learn dutch, but I am in the basics yet. :)

CinnyMinny Jul 30, 3:51 AM
I completely agree with your ahiru no sora review.

Kempiniukas_Esu Jan 28, 2:11 AM
Hello, Nice to meet you, Thanks for invite me, feel free talk with me here about EVERYTHING WHAT YOU WANT when I am here i every time answer but better you can add me in discord or steam (discord my nr-1 I be on here almost 24/7) but ofc if you don't use it or don't have then its kay I will try not punish you for that xD (joking dw dw) xDDD you can found info on my profile, so don't be shy I don't bite (maybe) haha haha :3ㅤ ㅤ ㅤ

Rimzyy Jan 26, 5:37 PM
Haha you watched TheAnimeMan's video and added the mangas to your list too I see