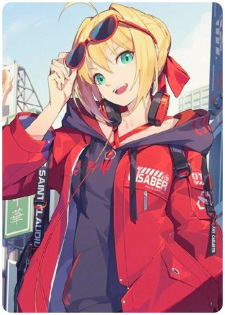 spiritdudegamer Yesterday, 6:47 AM
Hi , how are you doing today ?

Revinova Nov 21, 2:02 AM
Thanks for the recommendations 👍. I already watched Future Diary thought it was okay. I think I heard of Higurashi before, heard it was pretty dark I think I'll like it. Haven't heard of Ghost Stories though, I'll take your word on watching it Dub. Ghost Stories seem to catch my eye though since from how you described the Dub It's probably gonna be so hilarious 😆. Kinda curious to hear it since I don't usually watch dubs.

Revinova Nov 20, 4:12 AM
Hey! Late reply here but yeah I've been watching Gintama. I'm about done with the first 200 episodes and I really love it. So glad I didn't completely drop it when I was watching the first 30 episodes. I hope Tsukuyo and Kamui have more screen time because they are so badass. You can convince me to watch other anime if you think it suits my taste ; ) I'll see you around.

spiritdudegamer Oct 15, 1:13 AM
I think i am gonna red the manga of Noragami it is in my ptr list

spiritdudegamer Sep 30, 9:47 PM
I am doing good , I am currently watching the second season of Konosuba

spiritdudegamer Sep 21, 3:35 AM
Yeah so many anime's do that lol
All Comments