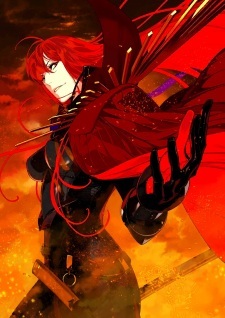 Apologies for being a little late ^^

Izanagiin Mar 22, 2020 2:52 AM
Well said. Gilgamesh was incredible in this. It's to be expected when this and CCC really bring out his shine to the max. I also heard in Strange Fake he's pretty great. It's his portrayals in these that really make you love the guy.

In a way, I think this was a way to test the waters. Camelot is likely already in its final production stages, so this is stuff they'll possibly improve upon in Solomon's singularity. Regardless of what happens, we'll end up with something great.

Oh, I forgot to quickly mention. One could say you're in the belly of beast right now residing in Italy with the latest chaos going on currently, huh? Stay safe out there, man. 💪

The adaptation was a rollercoaster to say the least. It was great, but there were times it fell flat every three or so episodes before picking up again, then rinse and repeating.
A lot of the new scenes were a nice touch. Some added further context to the story like a lot of Gil and Enkidu's stuff, and then there where scenes like some of Fujimaru's which just really kept showing how virtuous he is at heart. The chemistry between the characters was a real treat. I would say it was the strongest aspect of the anime. Not a lot of Fates can pull off a dynamic like this, and be fulfilling (with Apocrypha being the only decent exception).

Babylonia was left in great hands all in all. Makes you wonder how Solomon will be pulled off, and Camelot at that too. There's a lot to look forward to!

Izanagiin Feb 23, 2020 3:11 PM
Nobu and Kagetora have been united. The prophecy has been fulfilled! Where is Okita?!

Jokes aside, I enjoyed our nice talk. Thanks for accepting the request too. There's no such thing as too much Fate, so hopefully Ufotable will fulfill that interest in Ataraxia one day. :p

Don't worry, I'm ok. Stuffs have been pretty bad over here, but we usually find a way to recover. And yes, haven't left the country yet, lots of problems to cross borders or countries not accepting immigrants.
I just didn't wrote again because I have this belief that I'm a bother to everyone and tend to lose contact with them for that.
I did had moments with no internet or no electricity for a long period but I still had the chance to write.
I'm sorry.

Oh great! You deserve some vacations. I remember the last time you were kinda stressed ;_;.

Yes, you're totally right! I think part 5 is great, but it has so many problems, although I'm probably thinking about different problems than yours lol.
But at least it was able to fix problems from the manga. Now the long wait for part 6!

Veromaye Jul 28, 2019 4:04 PM
It's been a long time since the last time we spoke, I'm sorry I didn't even wrote again. Mainly it's a mix between living in Venezuela and being too embarrassed to write again after like half a year, god.

Anyways how are you doing? Hope you're doing okay!
I noticed you finished Jojo part5 and to my surprise you gave it an 8. I know 8 isn't a low score at all, but i was expecting you would give it a 10. Why an 8?
I also gave it an 8 lol.

AirConditioner Jun 19, 2019 8:24 AM
You don't get literal plotholes, but given the material is complimentary to events that already transpired, it seems a bit late in the game to now get onto the EX volumes. Especially since they haven't announced any sort of adaption for them with Arc 4 already being underway. I'm talking less about the practicality and more about the likelihood of it occurring anyway. It'd be great if it did, but given they're instead choosing to do an anime-original movie and adapting a different side story (which came as a 1st season BD Bonus), I wouldn't really hold my breath.

But well if they do plan on adapting shit past Arc 4, I guess it's viable? If they want to do things in-between season releases like you said anyway.

AirConditioner Jun 17, 2019 5:55 AM
Yeah they're pretty important in context of aforementioned characters, and they directly reference events from EX volumes in the main series so the LN assumes you've already read those EX volumes. I'd definitely recommend reading EX vol 1 before vol 7 of the main series because Ferris talks about events from that novel already in vol 7 when he's reflecting on himself.

That'd be great. I'd really want the second EX volume as a movie though. But I have a feeling they won't really adapt them this late into the game now that the anime is moving on with Arc 4 and the content of the EX volumes is meant to be read alongside Arc 3.

Personally I'm hoping we get the Tanpenshuu volumes licensed now that they're done with the EX volumes. And if I could be greedy, I'd want the special edition volumes like Bonds of Ice, but since they're limited edition stories released alongside the Japanese Blu-rays that's probably not happening.

So I hear. I pre-ordered the volume and it's arriving anywhere between June 28th and July 11th so hopefully I'll get started on that soon enough. Still got EX volume 3 to read through. Strongly recommend reading those if you haven't, by the way. They're good and add some additional meat to characters like Wilhelm, Crusch and Ferris. Other than Echidna, I'm also interested in the Sin Archbishop of Greed. He had quite debut.
All Comments