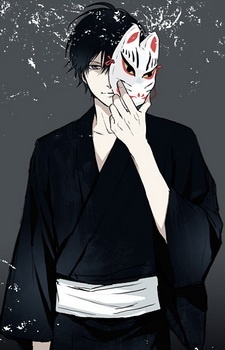 Suou-san Aug 10, 2022 10:52 AM
can i have your autograph with a kiss on it , then ?? ( ；∀；)
naruhodo ~ busy with work as usual huh .... do you even have holidays ?! WHO THE HELL IS ASAMI
i get where you're coming from tho , apart from presents and tasty foods , you're only left with empty feelings— SCREW BIRTHDAYS !! I DON'T EVEN GET DRUNK ANYMORE LIKE I USED TO ;; let's say this year didn't start the way i wanted and somehow this wave of unhappy things still hasn't stopped /sighs/ what about you ? are you tired from work ??
WAAAA ~~ I'M HAPPY YOU REMEMBER !! o3o
i went through all my anime & manga lists so be grateful , human !! izzat so ? ig people from west has different tastes and preferences than Japanese the exhibit is in Japan , right ??? or i will be shocked

Suou-san Aug 9, 2022 4:30 AM
sou da yooooo ;;; you prob dumped me for some pretty Japanese guy ... i see, i see (╥_╥) (╥_╥) anyway, i hope you and your parents are doing okay considering what's happening in the world right now orz AND OIIIIIII !! I DON'T WANNA HEAR THAT FROM SOMEBODY WHO IS GONNA CELEBRATE HER BDAY SOON > 3 < tho i cannot deny that i'm on sick leaves rn curing my back /whistles

i'm doing okay ~ just a bit too stressed, tired and sick of people ( my mental health has suffered some real damage orz )

....
i'm not gonna list the SUUUUPER popular series like One Piece, Gintama, Furuba, PH etc .... plus, i'm not even sure if the ones i shared can actually count as less popular ones but i hope i helped heueheuehh

Suou-san Nov 14, 2021 8:20 AM
OH, I see.. Since it's set as 'plan to read' in your list I thought you haven't read it. STOP CONFUSING MEE !! But good thing you've checked it out. I absolutely loved Neuro manga as well *nodsnods* I didn't mind the ending. It was left to your own imagination. For me, they got together > 3 <

The 'burn my dread' in my bio has nothing to do with Persona tho.. I just felt like having it there o3o But now that you've reminded me— I was always curious about Persona 3 and movies have a pretty good rating so maybe I should follow your example and watch them as well..? :33 hhhrhhmmm b-but I liked Persona 4.. w-WHAT DO YOU HAVE AGAINST IT ?? T_T

Suou-san Nov 14, 2021 8:15 AM
I SO knew you will comment smth about me having Kureno as my DP heheuehheu— Well, you see no matter how pathetic he is, I couldn't help but have a little crush on him ; 3 ; I've read some spoilers about Kureno and Akito before starting anime and back then I thought 'woaahh so lame, so lame~' but still went and fell for him when they first showed him > 3 > THE ONE WHO IS TRULY LAME HERE IS MEEEE UGHHH HH

Suou-san Nov 14, 2021 7:47 AM
Y-you're TOTALLY a Shigure person, aren't you....... I have always associated you with Shigure simply bc you had him in your top10 back when we first met but now that I've watched Furuba myself I can tell you smell like him * ^ * EUUEH, I'M SAD TO HEAR THEY CUT STUFF— guess I will have to read manga in that case tho if it's about Hatori being lovey dovey with that useless woman Kana ( or whatever her name was ) i will pass = 3 = GURE-SANNNNNNNN !!! !! ~ ~
lmao ikr :333 you should have told me about Aya sooner, I would have checked out Furuba right away gyahah aha

Since I was still confused about the right order, I picked up whatever was first on my list xDD But you're right— It's super boring and confusing. The only thing I like about it so far is Robin Hood and Caesar with boobs red Saber.

I think after Fate/Extra I won't be watching other Fate series for some time.
It's so boring it mentally traumatized me bwahaha > . >
All Comments