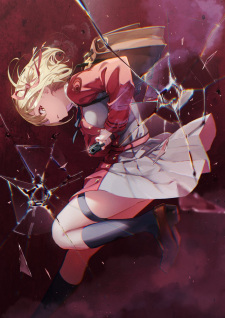 NexLFC Jun 4, 4:39 AM
ok mr kuro but i literally didnt ask 4 ur life story xx but since u gave it to me ill also give u my deepest secrets and life story!! hope u rel8!!

I woke up in the morning at 7am and immediately went to wake up my parents. I explained to them how I'm dreamgender and dreamsexual but they didnt even know who dream is, boomers. I had to explain to them its a sexy minecraft youtuber and how Im connected to him emotionally and sexually. They didnt get mad at all (yay!) they just stared at me with a blank expression. I think theyre proud of me but just dont know what to think of it yet since it came as such as shock to them. I tried to show them a video of dream but they werent really interested and told me to go to school.

in school the first class was english so I told the teacher that I had an important announcement that I would like to tell to the entire class. Yesterday I prepared a short powerpoint presentation on dreamgenders and dreamsexuals to make them better understand. I explained how dream is really hot and how I feel a deep connection to dream and how he is my soulmate and my identity. The teacher was so amazed I guess she didnt know what to say haha she looked like she was smiling.

When I finished explaining why dream is hot and awesome, I started clapping expecting everyone else to do the same, but they didnt. My best friend didnt clap either which was really weird but maybe he was also surprised since I hadnt told him either. my teacher ended up being the only one clapping, so Im really thankful to her. I thought they didnt get it so I tried to explain in simpler terms that I love dream and how I am dream.

Some girls were giggling the entire time so I called them out on it saying they shouldnt be laughing when I have prepared for this moment for so long. Then they started saying really dreamphobic things like saying its stupid and makes no sense. I explained to them why its homophobic and close minded but they didnt listen. Then some guy called me a stupid fucking nerd which made my blood boil. I challenged him to a duel in minecraft which he didnt even respond to and his friends were just laughing. Everyone else was silent I thought that they secretly supported me but just didnt want to face the same oppression dreamgenders and dreamsexuals have to face every day.

Then the teacher told me to get back to my seat and started the lesson like nothing happened. I told her I wanted to show the class a compilation of minecraft manhunt best moments but she didnt let me do it. After the class a bunch of my classmates came to me and asked if I was joking or what and I tried to explain it to them but they were just making fun of me and saying Im weird and a creep. it was awful. I was bullied a bit before but now nobody wanted to talk to me the entire day even when I tried to show my ''friends'' (not friends anymore, theyre nazis apparently) some dream videos and discussed minecraft speedrunning they didnt respond at all.

I've been crying the entire day because I cant believe the people I thought were cool were dreamphobes/racists/nazis as well. 😭😭😭😭😭 its honestly really crushing how people are still like this in 2021. now Im starting to realize I dont need those kinds of toxic people in my life and the only person I truly need is Dream. Dream is my boyfriend, my gender, my sexuality, my identity and my best friend all at once, why would I need anyone else?

also fug u terraria is epic game 100x better than MC and yes thank u, ull up those rookie anime numbers eventually o/

NexLFC May 22, 4:41 AM
yeah whatever KURO (if thats even ur real name), the shit u say wont take away from the fact that one day, I (17M) was playing Terraria with my friends, Among us, Keanu Reeves, And snoo cock bot. While we were playing, Keanu Reeves said, "Gee, I wonder if alexas can be suicidal. Among us said "sussus" (Translation: Yeah, I wonder Keanu chungus wholesome 100.) Snoo cock bot cummed (We could hear his sticky fluids coming out of this uthrea.) And guess what? It appears that my alexa said "I Fucking hate my fucking life." while we were having some chit-chat. We were shocked. Snoo cock bot died from overcumming (He could only cum up to 69 gallons), Among us was ejected (He was not the impostor), and Keanu Reeves became everything that my redditor brain could not comprehend, causing my brain to shrink until it was the size of a pea (This is so sad guys, can I get a F and a heckin' chonker in the chat). So, tl;dr, don't ask if your alexa is suicidal because half of your friends will die and the othee half will become retarded.

NexLFC Apr 18, 3:32 AM
hey bro why u been ignoring trustful lately?? hes been real sad without u bro he thought u were a real one :(

ranger598 Jan 14, 8:28 AM
Oh if you say there are uneven matches then yeah there cant be a tie. I am really interested in what Buddha is planning

NexLFC Jan 8, 9:17 AM
ayy bro chu mean u a mal supporter now!!!? where u get the spare dime bro i want in
All Comments