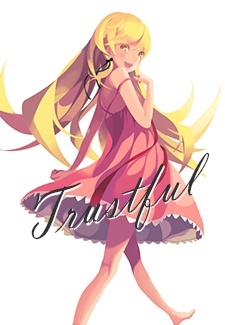 I was extremely sheltered. I didn't even have internet access as a kid. So it wasn’t like I could just look up pornography or anything like that.

When I started ejaculating in my sleep, I honestly didn't recognize what was going on at first. I thought that I was peeing my pants while I was sleeping. I thought it was strange, but it wasn't very often so I didn't give it a lot of thought.

Like I said I didn't have any access to pornography, but back when I was a kid really late at night some TV channels would play ads for Girls Gone Wild. I would often stay up really late to go into the front room to watch these ads. My face would be right up against the screen so that if anybody walked into the room they couldn’t see what I was watching.

One night I orgasmed while watching these ads on TV. I think this was when I made the connection, and realized that was my “seed.”

I had a general idea of how sex worked. The man’s seed gets in the woman’s egg and that’s how babies are made.

A few months later, after this happened, I learned that my mother was pregnant again.

I was upset when she told me. I was homeschooled and the oldest of 5 kids. When I learned I was going to have another sibling, my immediate thought was “Oh no, now I’ll have to help change diapers again and have to help with the baby.”

That was when I started thinking.

I realized my mother washed my clothes with hers. I thought about how I was ejaculating in my underwear. I started to worry that maybe the semen got off of my underwear and onto hers. I worried that my unborn baby brother was actually my son, and not my father’s.

I started having panic attacks related to this. I remember praying to God that my mother wasn't actually pregnant. I worried what would happen if the baby was born and it was my son instead of my father’s.

Would he find out? Would he try to kill me? I worried what my new baby brother’s life would be like. I started to wish he would never be born.

When I heard the news I didn't know how to feel at first. I didn't feel sad, but then I felt guilty for not feeling sad and crying, which in turn did make me sad and cry.

I started to feel guilt for praying that my mother wouldn't be pregnant. I started to wonder if it really was my fault. I wondered if I was responsible for the death of my baby brother or even my own son.

To this day, I can't even look at chocolate milk without feeling sadness and guilt.

NexLFC May 23, 2021 9:13 AM
trustful please stop ignoring me! sorry for scare, but just notice profile on the Steam Community. you know how hard it are to find girls who play video game nowadays??? well, Im glad I stumble apon this little prof cause I gotta say.... ur prety cute!! ^ ((sorry for scare, no trouble ) well... I was wondering if u wanted to play tf2 with me (Im a plat heavy, so I can carry my little princes if need. =-}) CUZ I really want someone to pub wit me.. hey hey, maybe even I could get you unusual as little gift. you like Buring? Me too, me too. anyways any, do you maybe have Skype? (no scare. no scare, I iust like meating eye to eye.) if we skype, I think we could have some good buddy commucation. :)) ( i can even turn down my dubstep music in the background if you want...) add me if you want please, I jsit need friend maybe even girlfriend, to play video with.m I can be the perfect guy for you, trust!! ill buy whatever, do whatever, okay?? jsit pick up that phone and CALL. :)

NexLFC Apr 23, 2021 11:27 PM
Trustful, I’m shaking. I’m fucking shaking. I never wanted to breed with anyone more than I want to with Mewtwo. That perfect, curvy body. Those perfect legs. The child bearing hips of a literal goddess. It honestly fucking hurts knowing that I’ll never mate with it, pass my genes through it, and have it birth a set of perfect offspring. I would do fucking ANYTHING for the chance to get Mewtwo pregnant. A N Y T H I N G. And the fact that I can not is quite honestly too much to fucking bear. Why would Masuda create something so perfect? To fucking tantalize us? Fucking laugh in our faces?! Honestly guys, I just fucking can not anymore. Fuck.

NexLFC Jan 21, 2020 2:27 PM
Hello, I heard you are stalking my friend Kuroneko.. anyway, You should stop stalking him or you will be informed by everyone that you are stalking my friend and unknown person by seeking SEEKING PERSONAL INFORMATION and watching him. I actually do NOT care if he did something to you or because he's a furry or something that makes you wanna stalk them. You have NO right to stalk people at all... ooh I see now, you stalked him because of his massive chode? man, you people needed to let go of the god damn chodes. I also have a big chode might I add. and don't even start stalking me because you don't really want my toxicity, do you? Than don't mess with me or my friend. Stalking isn't okay and you should probably stop before you are going to be pop up. I do not like people messing with my friends that made them hide themselves because of people stalking and not letting go of the chode. you dont know me but I know who you are because we have a common friend and you really don't want to lose him because you're of your stalking? probably not so cut your act already and moved on.

New text Also don't try to be careful about it now because you can't get away with your actions and pretend you didn't since everyone know what you are up to.

Kuroneko Jan 13, 2020 7:48 AM
he says his favorite is steins gate but he barely remembers anything about it

NexLFC Nov 28, 2019 5:44 AM
he says his favorite is steins gate but he barely remembers anything about it