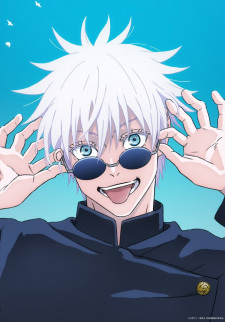 i’ve just been looking through some profiles and i thought you would be fun and interesting to talk to :3
are you from ukraine? :o ive been to kyiv before but i’m from tokyo japan myself x)

my name is tatsuko, it’s nice to meet you ^^
feel free to ask me lots of questions i’m quite open and love to chat!

DragonSlayer1989 Sep 27, 10:59 AM
I'm just saying that Snk had too many plot holes and bad writing, the ending is the most disappointing although some like it, btw, I was a fan but I recognize when a work is bad or mediocre and it definitely was, just like other works like Naruto and Bleach.

It is also a dark fantasy manga just like Berserk so if it is related and it is undeniable that it was inspired by it, even the author said it.

I do not think it is possible to say no ironically that Berserk is an average manga, it is one of the most referenced in the industry. But if you don't like it, that's fine, I just wanted to know and I respect the opinions.

AnikiDesu Sep 26, 12:49 AM
Hello!!How have you been?:D Aww be sure to turn on heater(if you have it) or atleast take blanket!!or you might fall ill>.< Does it snow in Ukraine?
Yeah well even if you don't know someone,hearing about someone's death is always awful!;-;
OMG I am really glad that your parents are okay now:)) Haha no need to thank me,we are friends after all:D
Yeah!My today's exam went really well,thankyou so much!!!
Take care and stay happy!!
Also have a wonderful day/night:)

DragonSlayer1989 Sep 20, 3:18 PM
I see, but why unnecessary? Literally the story is set in the dark ages and has historical themes that it manages to narrate in a very realistic, organic way and is not afraid of being explicit (Something few authors know how to do)
Maybe it's not for you, don't you take the context of a story seriously when you read it? That was only a small part of how dense the historical background of the church and society at that time really was.
How you gave Snk manga a higher score lol

AnikiDesu Sep 19, 2:03 AM
Thanks:)
how are you and hows life going for you?
yeah well it should be a holiday but they still take tests...
Oh thats bad,it mustve hurt to lose your relative like that:(
How are your parents now?I am glad that you didnt catch covid!
and things are in control in my country,so we are safe:))
please take care out there<33