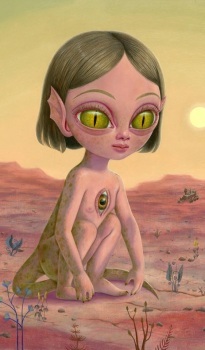 Hope you're doin well in these *interesting* times, didn't think it was going to get this deep, my dear.

Big hug and much love

Maceration Apr 10, 2020 6:41 PM
yeah tbh i can't wait either. I think imma read further (since I already tapped into Steel Ball Run - pls don't spoil uwu i know you won't but imma protect myself from spoilers) the games are good i heard. well depending on which one you play i guess. I still haven't watched nor have i read or watched Baoh (dl got stuck on 66%). You are a neighbour. I live in Austria. Fortunately the government is being very cautious here - luckily, they reacted sooner than the UK. The US seems to be the worst of the western hemisphere atm. Sucks.
I really wanna get JoJo tshirts i just haven't found any nice ones in good quality with a design i'd fancy wearing. sorry for the long ass delay with the replay - me and my bf just recently butted into playing gw2 together as a quarantine time slayer routine.
Anyhow i hope for you that the situation is already bettering down there. pls be ok.
abbracci
<( '-' )>

Stonedtanuki Mar 30, 2020 9:41 PM
Oh, basically the one I've been in is only like, 12 ppl deep so we all kinda know each other pretty well; some are more otaku'ish than others though, and ofc schedules and stuff. We get together every other Sunday for DnD; we use a website for the gameboard and talk/roleplay over the disco voice chat. The guy I watched shows with is someone I met like two years ago, so we're pretty cool; I'm finishing up seasonal shows, and then I'm going to rewatch Chihayafuru 1-2 before hopping into S3 and we're gonna watch that together, rewatch for me, first for him.

Well, as of yesterday I've been out of work; the owner said until further notice, essentially the take-out operation was to exhaust in-house inventory so it wasn't a complete loss. I assume I still have a job when the panic subsides; I've been there long enough ffs- if anything happens than I guess I'm looking for a new line of work lol I'm not too worried; I got savings still, and the stimulus check should help (whenever that happens). Interesting time-line we find ourselves in though; hope you're holding up okay, I've only been indoors completely for two days and I'm already starting to get stir-crazy.

Babylon is lit. Look up nothing about it, avoid any information, go in blind. Haha, we saw a couple of good ones actually- RedLine was another, which was something that would normally be off my radar, but holy shit was that exhilarating.

Sket Dance is real fun; actually saw that before I did Gintama and that's what made me say I have to watch Gintama. You know, Kagura-aru aru and all that lol Also has some legit heavy scenes (just like Gintama does) so it's excellent, plus main girl Hime is a bombshell imo.

It be like that though lol. I've slipped into even worse idol/shoujo hell as I've gotten older. I crave a good josei anime, too. I dunno- I just really like the characterizations in those types of shows; I think it's how you go in with a certain taste and after trying something new you find out how hype it actually is. Pretty funny we're like the opposites, though- I started with psychological drama and intrigue, now I'm want for idols and magical girls doing they very best.

Actually most eateries I know of in the local area have locked up by now; only franchises remain and even then, some of the lesser ones like Wafflehouse have shutdoor. Oh boy. Food isn't hard to come by, and ofc- I can cook, but with the new curfew being enacted (8pm) and considering the area I live in, I hope things don't get scary tbh.

Yes, absolutely you too Ms. Alexandra. I'm quite happy to hear from you and to read you're doing okay; keep kicking ass and a big hug to you too!

Maceration Mar 28, 2020 12:20 PM
sure np. understandable. gonna try to have a nice hiki time now as well. I'm addicted to JoJo - I even thought about not waiting for the adaption (even though it's so good) and spoil it by reading further. I even bought some JoJo games (chronologically) and a JoJo mousepad. e_e

Yeah, got not what I would say 'super' into disco, shit do be acting lame a lot, but I do enjoy the little private server I'm in- we all kinda on the same wavelength, and it's fun to play games or watch anime together. Something I'm not used to, but have def started to enjoy.

Not really, but it depends. Like, the same mentality that occurs when "oh no we have a snow storm coming" fear runs through the mobs and a lot of stuff, like toilet paper, get bought out fast. Even worse now, but I was sorta weary of this when I heard it hit US shores, so I made sure to get surplus for myself and my folks. Lots of rice/ noodles are gone, but I can still find fresh meat when I go to the store- not always what I want, but still it's nice. I don't eat canned foods generally, so the bare shelves don't affect me too much, and I got my low-carb bread covered, so yeah- we doing okay. I still have work, but tbh, I already have my unemployment papers prepped because I have a bad feeling the owner is going to close down the eatery by the end of the week; our take-out orders have been slow and I just have this feeling. I got savings, and there's talk of a stimulus check, so I should be fine. We were operating on 'take-out' only, so like customers would call in an order and we'd prepare and they pick up, but it's honestly not that busy and it prolly costs more to keep the kitchen staff around as opposed to (not), so yeah.

Sick lol. I started reading Saki because someone told me it's more than just mahjong and I see what they mean; these girls are fuckin mean lol I love it- the catty bickering and stakes. Other manga I got into is like, Chi no Wadachi, Nagatoro (omg she so great), and some mostly Seinen titles because yeah- I be moody lol. I dunno, if you haven't seen it I say Babylon is an epic watch that you might dig, I thought it was perfectly paced and wonderfully animated- the ending annoyed my buddy in the moment, but he still gave it a 9. Also saw an actual masterpiece, we watched:
https://anilist.co/anime/99457/Sayonara-no-Asa-ni-Yakusoku-no-Hana-wo-Kazarou/
And were both crying at the end. I thought it was beautiful. Same with, "I Want to Eat Your Pancreas" which is a lovely flick with a misleading title.

You keep safe too, Alexandra my dear. If you love Gintama, than I might recommend Sket Dance- it's got the same vibes in a way, but in a school-setting with more otaku oriented humor. You might enjoy it ; )

Stonedtanuki Mar 24, 2020 10:24 PM
hahaha, resurrect the decade old FB? I actually use discord mostly on my phone, so I sorta can jump-in whenever so it works well for me since I'm sorta random when I have free-time to chat. Though I do have reserved time-slots just for times when I hop onto VC to just hang out.

Umm, it's not "bad" yet, the next two weeks are when things are going to get more 'real' round here, but the stores, for the most part, have been hit pretty-hard. Luckily, when this shit first hit the states I went out and stocked up on the essential stuff's for my folks and myself, so we're covered on the harder to find things. We're still allowed to go to the store in my state, which helps me especially because I don't have tons of freezer storage, but that could go away at anytime. Governor of the state has been cool so far, just shut-down 'unnecessary' business operations, and he said that gas/ supermarkers will not be closed. My job is still open, but I'm cautious because you never know. I know some folks who lost they jobs in this mess, but there's supposedly a stimulus-package in the works for those out of work, so I hope that helps. Afaik, testing will be free, but treatment... I dunno, tbh- it's gonna prolly be pretty bleak come April. Hopefully things get back to somewhat normal soon, though.

Hmm, maybe hop into some good manga? I find that when you get a few chapters in and love it, that manga really is a fun thing to tuck into. Got a few recommendations if you like, depending on what you are in the mood for, so feel free to ask : )

lol naw, that's understandable. My pops is off from work and he seems to not know what to do with himself and my mom just retired, so they been binge watching Hells Kitchen seasons on YouTube.

I'm safe, tho- for the time. Hope you're doing well too, my dear. *hug* Keep kicking ass and being awesome.

Stonedtanuki Mar 24, 2020 9:15 AM
Yeah lol Still without those; only use discord now and even joined a small server. I'm doing okay so far, been the one to do all the errands and shit because I don't want my folks going out, despite it being sorta futile if I get sick anyway. Still got work but the hours are shorter and we only do curbside takeout for the time. Dunno how long that'll be though.

Oh sick. Babylon from 2019 was great; I love the female lead in that show, super hot. I also watched all of Aikatsu lol legit cried like 10 times. Other than that just been doing rewatches with a buddy from AL- we hop on disco voice chat and watch together. Started playing DnD on Sundays too, haha, I'm a level mahou shoujo, dead serious.

Read some more manga, some are still ongoing. Might read something that's completed later today; been thinking of School Days recently so maybe Scum's Wish? Maybe.

It's been much too long. Fucking crazy right now isn't it? Hope all is good for you and yours <3

Should hop on Discord sometime my dear, would love to catch up.
All Comments