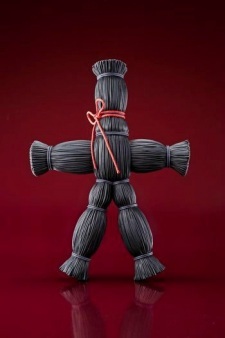 Yes, I srsly loved the political plotting and how smart Ainz and his guardians are. Well light novels are not my thing at the moment but I really wanna read it. Also the openings and endings were bangers every season. Can't wait for season 4

SideCharacterKal Feb 26, 2021 1:27 AM
Saw that you finished all the seasons of Overlord a few days ago. Did the same xD
And gave the same rating. Loved it a lot.

Miss_Violet Apr 11, 2020 4:06 AM
Sunny is the only manga that I scored purely subjective (tho at my list im still undecided). The story is about how kids living in orphanages, ofcourse the struggle of poverty and emotional aspects are depicted but given how cliche the story is it still perfectly captures the harships of many children.. The kids find their unique ways of maintaining hope. check out the top review of Sunny and youll get encoraged to read it.

Im doing hella lot worse Hahaha.. Its so boring but I am fine with it l.. I just hope it will end very soon

I don't think our churches officially closed, as i remember some social media controversies about churches still being open, and possibly infecting people. Don't know if there's any announcement of Ressurection cancellations.
I assume the Ressurection is similar in your country too. Like a long sermon lasting up til 4-5 am, but at 00:00 the priest comes and spreads the holy light to everyone's candles, and that's when most people go home with the light, and smack the easter eggs.

Miss_Violet Apr 7, 2020 5:49 AM
Miyazaki's Artwork and hes character design as usual, looks a bit of a childrens cover book but its also one of the main reasons why most readers fond Miyazaki's work. Nausicaa of the Valley of the wind is trully captivating.. The Main Character is a Female and as the story goes by she portrayed her role fully well tho. her mystical powers were not explored. I also love the way how the story end (wont spoil) Its now one of my personal top 10.

I see that you are fond of bartender ill set it has a high prority plan to watch list.

Miss_Violet Apr 7, 2020 3:35 AM
I had bartender in my Plan to Watch list in a while, most readers find it boring and repetitive... Tell me about it and maybe I can automatically give it a try. How about I recommend you Miyazaki's great interpretation of "war" and "nihilism for a greater change" The classic entitled Nausicaa of the Valley of the Wind.

Miss_Violet Apr 1, 2020 1:07 AM
As of now I am currently reading Blade of Immortal and its so damn great (story wise BoftI is better than vagabond for me) I personally think you should try it.

Miss_Violet Mar 8, 2020 4:21 AM
I see thanks for your response (๑•̀ㅂ•́)و✧
The ending of the manga entitled "Liar Game" is shit tho, I find it amusing when i read your opinion about it.

Miss_Violet Feb 15, 2020 1:36 AM
Hello there! It seems you have finished reading the manga Blade of the Immortal and as for me I am currently reading it "just now" will I expect such amazing manga?

Miss_Violet Nov 8, 2019 11:28 PM
Its truly a masterpiece for me because after the last ending scenes i cried so much, so much that i was depressed for a week (For real, the ending was too much for me too handle but i got the courage XD) Really Oyasami punpun is a virus that shows how corrupt may or maybe our life is. If you are worried about the sex scenes just skip it tho, hahaha. Anaway, Love your favorites especially 7 seeds and Annarasumanara (this one is great for its mild and it is not too deep but still has shown the wonderful lessons and symbolisms). Also would prefer to watch the anime 2011 of Hunter x Hunter then proceed to read the Manga but as for now i have studies so its quite suck. Nice to meet ya!

romagia Nov 1, 2019 6:38 AM
emperor palpitoad ,a combination between palpatine from star wars and the pokemon evolution of my forum avatar, who evolves at lvl 25, to reference my 25th birthday

romagia Nov 1, 2019 1:36 AM
im already balls deep into the youtube educational channel scene :S
even plunging into the wikipedia depths at times
All Comments