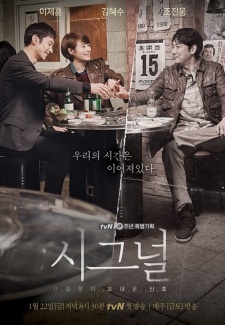 Fario-P Jan 20, 6:37 PM
omg i am so sorry for not replying after all this time, idk how i forgot but thanks a lot!
i am already familiar with some of these but thank you for sharing, maybe i'll give you some of my thoughts once i ever finish some of them?

Do I know you?

Yeah when I messaged you last you were spending more time working through your 360 backlog than anything else. Must admit I was the same, Took a long break only reading my regular stuff like OP, spent more time doing all sorts gardening, gaming, cooking, Gunpla. It's only in thr past month or so I've gotten back into manga proper again. Anime not so much but I'm dipping my toe into it again.

I'll check that manwha out then, will make a change since what manwha I do read all seems to be Isekai, there is ALOT of Isekai Manwha it would seem.

Regarding Watamote, if I had to guess its because the current manga isn't as crazy. Since right now she actually has a somewhat large group of friends now and it's not about her being as awkward, heck a few chapters she doesn't even appear now. Aside from the silver public hair story or the argument between Kuroki and another girl about jerking another guy off I don't recall any whacky socially awkward moments in along while. That being said DGM had to wait years for Hallow, Bleach is finally getting its last arc adapted so who knows.

Yeah I checked FTV just this morning, I did post there, it's nice to see a few people pop by occasionally to post, I'm surprised Maiku hasn't shut it down yet, though I would be sad to see it eventually go though.

Robinne Jun 8, 2021 10:18 AM
They're characters from Love Live with dresses from Aria and yeah it's a very cozy and contemplative series.

Alexioos95 Jun 8, 2021 3:14 AM
For Grisaia , the 1st season is about the backstories of the girls , it's good but there isn't really any slice of life events between the reveals , so it feels weird. (I've heard that it was a bad , rushed adaptation of the Visual Novel , so it may explain.)
The OVA & 2nd season are about the backstory of Yuuji , and this is damn good , exhilarating and emotional. Definitely my favorites episodes from the whole serie. And there is lasts few episodes with a lot of... weird/cringe things.
I'd say it's worth solely for the backstory of Yuuji.
My tast are... peculiar (?) , so i don't know if you'll like it as much as i did. (And i have a thing for badass/warrior/military girls , so i couldn't not love a badass sniper girl such as Asako !)

I don't mind the limit of 10 favorites since i use sections of my About me for that. (And i can't think that i'll ever remove Shiki from it.)

Alexioos95 Jun 7, 2021 4:12 AM
I'm 19 years old. The "95" is my department number. (similar to Counties in USA or Regions in UK.)
It is (or was... ?) pretty much common for French players to put their department number at the end of their pseudonymes.
I could have changed my pseudo , or took rid of the number with time , but i took a liking to it.

It's sad that like Nana, Iris Zero will never see the light of being completed even after 10+ years. I know that the author's health isn't the greatest, but it'd be a big mystery. For a fact, I chanced upon Iris Zero as one of my very first manga ever read, and I always think of it as my go-to manga.

Back Arrow? If you like Gurren Lagann, then it's right up your alley.

I used to go to NoFillerAnime and Anime Filler List to check up on such stuff as that, but that was specially for Black Clover. Never came across any other sites that do the manga to anime comparison, so you're on your own for that. If I have any info I can hit you up, but bear in mind that those websites cover the classic shows and some new ones.

sorry for the late late reply ^^

Fario-P May 14, 2021 9:19 PM
wow, cool to meet more twewy fans out here hahaha. i actually am one of the very few twewy fans who never wanted a sequel and it unfortunately looks like square enix wants to continue ruining the original ending... i dont even have any of the consoles that the game will be released on, so that kinda sucks... i dunno

i have also never played any of twewy's ports, only own and played the original DS version. never heard that bit about Shiki though.

nope the TWEWY anime is the only recent anime i've kinda been excited for until SHAFT announced more meguca earlier, so it's the only seasonal i've been watching lately. i'm not interested in that many seasonals these days and besides i ought to watch more older stuff anyway. got any recommendations, seasonal or not?

Fario-P May 14, 2021 6:48 PM
yo i just saw you bump the TWEWY manga thread, should i assume you're a fellow TWEWY fan? hahaha
anyway someone made a thread about the upcoming sequel game if you wanna share your thoughts about it: https://myanimelist.net/forum/?topicid=1901150

animejas May 14, 2021 5:22 AM
I use both, depending on the shows and timing really. Do try and use Netflix often when the full show's available on there over fansubs.

I hope it gets a 2nd season, but that series' director is the Attack on Titan current director now, so maybe after AoT's anime is done? It's definitely possible.

Toshokan Sensou is a full adaptation of the novels. The first 3 books = the anime, the final book = the anime movie finale. Want to reread the books at some point in time.