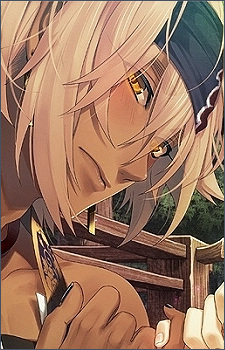 Moonlight10198 Jun 20, 2017 2:43 PM
Hello, this is my first time posting a comment on anything here so I may be missing a reply to Amyltia somewhere but I have the same question: where is that image in your profile from? It's awesome! That's what I came to ask but I ended up reading your introduction and you are one funny gal. Nice to meet you, you sound awesome!

Dear members, Ethereal Realm opened up on Aug 18, 2015 & these 4 months since have been great due to you guys being part of our club. We would formally like to welcome you to the family ^-^ Your particapation means the world to us ♥ Providing a warm and enjoyable atmosphere for you is our number 1 goal & we promise to do our best towards it!

Firstly, we'd like to know who YOU are. Come introduce yourself 'here' if you haven't already done so. Don't be shy ^-^ Request your Official Member Cards. Visit our 'chat corner' and get to know all of us. Sign-up for the 'Skype chat group' if you want ^-^ Take part in our games designed specially to keep you entertained c: Request cards that we made for you out of love ♥ Sign-up for the monthly newsletters! Try a hand at the point based games to gain maximum points xD Show off your points with special cards ^-^ Join in on special events that we have arranged for you and be part of the fun!

Your Official Member Card (OMC) is a proof that you are a member of Ethereal Realm. The OMC is required to participate in special events & to request cards from the Atelier in the future, so make sure you grab your OMC 'here'.

A Point System has been implemented as one of our community's special features. You can earn points via playing Point Based Games (listed below) or by submitting an original artwork for the community. These points are your currency which you can spend later to buy items/services/rights/special cards.

More info. about point games can be found 'here'.

For more info. about our future editions, feel free to stalk 'this thread'. ♥

Secret Santa
Want to give a gift, but also receive a gift? Then Secret Santa is the thing to do! We are taking sign ups 'here'; just read the instructions, it is very simple!

Nice List
Join our very own gift giveaway! You could win cards, voice recordings, points, and more! Just follow the instructions on 'this thread', and you will be on your way.

Join in on the fun this christmas holiday! ♥

Our very own simul watch will be active soon! Our first simulwatch will consist of watching 50 minutes for 12 episodes of Katanagatari each week. Stay tuned for more information to join in on the fun!

Wanna do more than just hang-out and be part of the team that makes it happen?
You're in luck!
Ethereal Realm is looking for more staff!
Apply for a position 'here'.
Positions available: Card Makers [ Infinite ], Point Game Host [ 5 ], Game Managers [ 3 ], Layout Makers [ 4 ]

Since this is an important newsletter, it has been sent to all of our members.
For receiving future newsletters from us, please sign up 'here'.

♥
If you have any suggestions/comments about the club, feel free to visit and leave a comment 'here'.
We would like to thank you again for your patronage and time.
On that note the Ethereal Realm Mid-December Newsletter has come to its end.

Solos Dec 1, 2015 2:59 PM
If I ever find the perfect pair, I'll certainly hit you up with some awesome images of the glorious glasses x) If every human was legally forced into wearing glasses, I would literally faint. They would certainly add an extra layer to the world (because they are looking through the glasses).

Yeah, it's pretty cool. Especially if you enjoy the dark and edgy stuff, though it's also very uplifting at the same time. Sometimes in the same episode. Same here, tbh. School and all has been making me very busy so I can't watch as much as I want to nowadays :/
I'm going to get hooked on "The Everything" at this rate, lol. It's pretty good! His English is actually really good in the song, easy on the ears. They are a relatively new band as they only formed in 2012, so perhaps they'll gain a larger following with time. Which will lead to more stuff as well :P

The screaming will eventually lead to things like that, sadly :c Especially one with a voice like Kyo's, it's so strong and powerful. He pours his everything whenever he sings. I gotta admire his dedication though, not many people would go on like that after suffering from voice related issues and still keep going. Especially not as long as Kyo has since Dir En Grey was founded back in 1997, which is almost as old as I am xD

You're doing a great job already so in that case, keep up the great work~ Thank you, I try my best as well! I find this more natural to me so I'm very glad to hear that you find me kind ^^

I knew you were an awesome senpai. Being noticed always makes me happy, so thanks :D
I'm going to faint from all the tears... of joy!

Fintan Nov 28, 2015 6:43 AM
Uhhh. I think I'm going crazy or something lol. I could have sworn I had left you a message inbetween that last one from before halloween... Sorry about that... :(

Yeah, figured you just had some stuff going on. It's all good, my comment sounded way more worried then I meant it to xD
All Comments