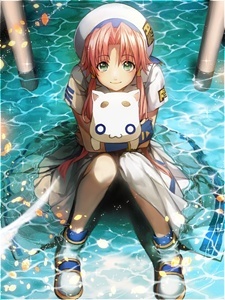 Harley_Quinn Oct 15, 12:42 AM
week been pretty good I've done a lot of work and been working on my side hustle as a graphic designer as I've been working on something for my friends

Harley_Quinn Sep 16, 2:10 AM
aww that suck I am in New York that city moves fast and never sleeps its pretty awesome

Harley_Quinn Sep 15, 2:11 AM
Hi Ichigo how are you sorry for the late reply I was in college so that's why I wasn't around as much

Yes , so much time had passed since we last conversed. That's why I thought let's text you and see how you are doing..

I am pretty good , healthy and kickin! During these tough hours, corona never touched me as well as my family so that's what I am most happy about
And I hope you were also far away from Corona and lively
Did you take the vaccine?

Well, not much of lately , this year went staying at home as well so I never truly had the chance to roam outside. Being a social introvert, that's one of my attributes so I am sad only about it. I am in College right now , 12th Grade, Science Student. I wanted to enjoy clg life but due to this pandemic , that was not possible :')
Only occasionally met my friends on their B'day parties or if they call me.
What about you??
Anything which sparkled your life?
Also are you in University right now? / doing a Job?

Veronicz Sep 7, 8:00 AM
Oddly, 8 months doesn't seem that long. Maybe partially just growing up and time passing by faster and partially just being busy. It feels like 2018 wasn't that far away, yet, it's technically been 3 years.

Yeah, I had a final in linear algebra. We have oral exams, so they told us our grades after. I think I got a 28 or 29 out of 30. They gave us a list of questions they were going to pull from in advance.

Yeah, I probably would do that if I didn't have way too many and don't talk to most of them. I have to go through 2-3 pages to even get to the ones that I know I haven't responded to... but I do look at the com-to-com to check if it's an unanswered one. I usually just respond through the com-to-com, especially since then I can check what I last said that you might be referring to.

Translate? Are you non-fluent?

That sounds way more real/serious (?) than just me being like just chatting. Chatting about life is something that usually just comes up bc it's around probably. I'm glad that we're able to chat, again, too.

Oh, yeah, it's by Kyoto Animation. There's a lot of cuteness to the show. Good morning call? I've heard of it, but I don't know much about it yet. I also have yet to each Kuroko.

Yes, I was trying to get back into anime. I did watch quite a bit in like July. But it's dying down again. I've been thinking for a while that maybe I just like reading more now. I haven't read in a while either, and I used to read all the time. Other than that mainly just talking to people, and playing board games with my roommates.

Oh, yeah, I mainly only get on for dailies, now. My AR has really piled up in that time, but I probably won't do the ascension quest until I'm more active (been playing on my phone to get the dailies out of the way, since my current laptop that I use is a mac (so not supported platform for Genshin). I haven't played League before. I know that my brother started it bc of his friends. And I mainly just know it as a more beginner-friendly dota. Do you not like League if you want to stop playing?

Oh, so like trouble grinding in sense of defeating bosses or the luck of getting the drop? I've seen a lot of struggle with the luck of the drop (but I think a lot of that was endgame type stuff like gold material). It was Beidou with Xiangling as elemental support until recently. I got lucky on the Ayaka banner and started using the new characters, so mainly Ayaka with Yanfei elemental support now. I recently got Barbara (like a day or two ago (that's how far behind I'm in the story), so I might start a freeze team. Feels too lazy to build characters, though.

I just thought this gif was pretty. Also, an anime I quite liked in the past.

GauravKG Sep 3, 11:17 AM
3 October, and I'll be back better than ever before. and I respect you and your way of thinking (yeah you're not good at managing yourself though so I'm worried about your health more😅😅😅)

Sometimes I think I have become too strict on you😅

GauravKG Sep 3, 1:04 AM
I just felt like it😅
Because we've not had a conversation in a long time

GauravKG Sep 2, 6:32 AM
So you're feeling lonely because of that show.

What are you asking about me?

I'll reply to both your replies here:
First reply (for the July 26th comment) -
Yeahh, as far as KyoAni show goes Hyouka is in my top 10, probably even top 5 if I'm being generous~!>:P>

And that's fine, I reply like once every two months nowadays due to lack of time and stuff, lol, so take your time, I'll reply in due time, haha~^^'>3

Yup, got both doses of the vaccines, though in both cases I got an aversion to it (swelling and pain in the arms and muscles, and also a big fever the following week for both doses)..=.='3 Oh well, at least now I'm safe from most variants and stuff, lol~!;p;
Hmm, not sure what you mean by that.. We can go anywhere we want as long as we've got both doses and/or have been tested negative for the different symptoms and checks and stuff..>.>;
For reference though I took the pfizer for both doses, and so far so good, I don't think there's much chance I'll get it this year since school is still done online and I don't work outside the house rn either~>v>3
Yeah, I have a feeling until they isolate all those new viruses coming out that the situation won't change much again for a while, but hopefully that's not the case..=v='3

Yup, but that's normal heath concerns right? I mean, you wouldn't want things to get worse or anything..>.>

Ohh nice! I know the staff in hotels are working hard nowadays, what with all the restrictions and stuff happening for travelling, trust me, I know from experience since I was on a trip and rented a room in a local hotel for a week to go on a local bookstore week-long binge buy trip for manga and stuff, lol~=v=3
Ohh, yeah you were lucky..;v;
Thanks a lot!XD Tbh I think I do better at exams then at projects so far in College, lol~!^^'>3
Hmm, just loafing around, reading manga, watching anime, going out shopping and trying out eateries and stuff, waiting for school to start again, not much this year because of COVID but I have plenty of things to keep me busy so that's all good!xD>
And you? How was your Summer so far?:3

Hmm, there's no stores selling specifically manga in my city rn, another incentive as to why I want to open a store like that, especially as people are finally starting to really buy manga nowadays, what with the special cheques the government distributes during COVID, and people just generally having more money to spend and a growing interest in the medium which clues us as to what people really need, a manga store, or at least a manga cafe!>:P>

I read light novels, I've a few, most which I haven't read yet..^^3
Rn I'm still in the middle of reading 86 vol.2 but I'll read vol.4 of Mushoku Tensei and vol.1 of Banished from the Hero's Party before their anime comes out this Fall~!>:D>

Not yet, I'm starting it next Season~^^3

I liked the OG ending better since it felt "happier" if you get me, but yeah, 0 was frickin epic and I couldn't wait to watch the new episode each week, ehehe~!>:P>

Thankfully, or maybe not in terms of productivity, Japan is finally starting to tackle its black company and overwork issues, though like I said, production wise that might still affect anime release dates and such..>.>;

Hmm, I think it's at the end of every adaptation lol, since the laws of the universe states that if something happens twice, it is most likely to happen trice!x'D>

TenshiNoYume Sep 1, 12:50 AM
Hi,
I come here sometimes to check what's going on but I don't watch anything so I kinda lost the point of going here. No problem, I though you forgot but it happens. Anyway, how are you doing?
All Comments