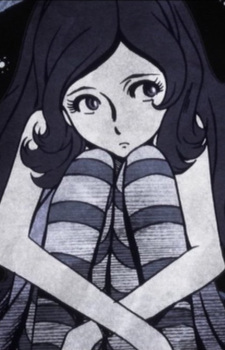 BL Categories
SERVER LINK
♡ HI, it's been a while. Our club has been on hiatus for over 2 years, mostly due to COVID and adjusting to life since then. I'm pleased to bring news about us opening a discord server and migrating everything we had from the club to the server. I hope to make it more interactable with this and build a small community again. In case this all seems unfamiliar, the main purpose of our small community was to gather and chat about Boys Love (the genre) and give each other recommendations, have lists of different types of BL and now we've expanded into Manhwa & Manhua. To join the server, feel free to click on the banner or below where it says "SERVER LINK". The link expires in 7 days, if you need a new one feel free to DM me! I hope to see you there! ♡

omakase Jan 26, 2021 9:03 AM
My memory is ridiculous sometimes... I've been enjoying it actually! I like that it's slightly different from the show and the art is really clean and beautiful. What have you been up to lately? Unfortunately I don't have a lot of free time nowadays :( I do hope some time in the future we can go back to simulwatching together. Marge actually mentioned it a couple of weeks ago, but I couldn't really make time

Are you watching anything exciting/worthwhile lately?

thx, I did
it's allg, I haven't been very active on here either

Good news about Despera since it seems you haven't heard!

Quizotix Mar 24, 2020 4:49 PM
I see you have Dennou Coil in your favorites, are you aware that Mitsuo Iso, the director of that show has another show planned sometime in the near future? Chikyuugai Shounen Shoujo is the show's name. Pretty significant considering he hasn't shown up in the directorial position after Dennou Coil didn't do so hot when it came to sales

I haven't been active on this site or watching anime the past month as I have been sick af for the past month. The only notable thing I did is read a lot of manga.

I have the 720p BD edition for LotGH, and I'm gonna postpone watching it until this summer. I love a well-written antagonist, and I loved Johan even before watching the Monster lol. So he, along with Tenma, Anna and Eva are definitely my favs list. I haven't watched that anime in a month, and I need to get back on top of it after finishing my backlog in college.

Houseki no Kuni was just heartbreaking & brilliant. I'm still surprised at how much I was emotionally invested in the story and its character. It is visually striking with a beautiful color platelet, and the flow of animation & the subtle facial expressions are brilliant. Lunarians theme is both terrifying and enchanting, while the Cinnabar theme is just heartbreaking. I love Phos change in attitude and their newfound goal of finding the truth about the Lunarians. I love Antarc and Dia with all my heart. Cinnabar is my fav character so far. The depiction of nihilism and their struggle of finding a place of belonging is terrific, and I relate those things a lot. I'm really excited to see what comes up in the manga, and I really hope Phos brings back my Antarc. I will start the manga now.

I finally finished Stone Ocean and Steel Ball Run. SO was a rollercoaster for me. I was getting super bored with the repetitive fights in prison, but everything from the Bohemian Rhapsody arc was fantastic. Pucci is an excellent antagonist, and I'm happy that he achieved his goal of attaining heaven. Loved his backstory and his relationship with the weather report. I still would put him below Kira and Valentine in terms of the best antagonists. I was spoiled about the ending, but the way it went down was still fascinating nonetheless. One of my major problems with the part is how Jolyne always gets her limbs broken and nearly bleed to death in a fight, but in the next chapter, she is like back to normal. Due to that, most of the fights felt like it didn't have any stake in it. Overall it a fine arc, and I would rate it 6.5/10. I would say parts 4,5 & 2 are miles above Stone Ocean.

SBR is without the doubt the best of JoJo's. The world setting, art style, character writing, fights, themes, and ideologies were at their absolute best. I was not sure what to think of the universe reset at first, but after reading this part, it is the best thing that Araki has done. The manga was so interesting and alluring to the point where I read 50 chapters in a single day. The fact that a character like Ringo Roadagain who just appeared in a couple of chapters was brilliantly written and how his ideology drove Gyro makes this part a masterpiece. Ringo is the best minor antagonist in JoJo's, and his fight with Gyro is the best in JoJo's. Absolutely loved his ideology of "True man's world" and that arc is my fav arc in all of JoJo's. Funny Valentine clearly stole the spotlight in the final 3rd. His personality, napkin analogy, and DC4 were so amazing that I was rooting for him towards the end. Gyro and Johnny's dynamic is just wholesome. I love how every time Gyro comes up with stupid gag, and Johnny thinks that it the greatest thing in the world lol. Also, that toast they have after losing everything was just top-notch writing. The only problem I have with this part is the Alter-Dio. I loved Dino-Dio a lot as the main rival and Valentine as the main antagonist a lot that I didn't like that they brought in another Dio. Also, why the fuck does Gyro had to die there?? Araki is such a sadist. He not only killed Gyro but also killed that little boy with a cold lol. This a masterpiece nonetheless 10/10. Who are your top 5 characters in SBR?
Mine are:
Gyro
Ringo Roadagin
Funny Valentine
Johnny
Dino-Dio

When people called SA & FS arcs as the point of no return, I legit thought they were exaggerating a bit, but they were right, things are never gonna be the same again. I watch Porori-hen after the Afro arc as I was told that it would out of place after the SA/FS arcs. I just didn't like the comedy in it. The poop fight and Ikumatsu arc were good, but I didn't like anything else. I also think the Kagura's BF arc was awfull. I'm glad you enjoyed it, but it is my least fav of Gintama.

No need to apologize for the late reply. I mean I never reply on time lol. Things were been pretty stressful with exams and project but now I'm on a break for another 2 weeks. How are you doing?

I just download the LotGH worth 50gb. I will start watching it after being done with the Monogatari series and Monster. I'm taking a lot of classes next semester which means more lecture and that mean I can read a lot of manga including JoJo's lol. My new year resolution is actually to read more manga.

I liked the first episode of Rakugo when I watched and I have no idea why I kept it on hold. I have heard only good things about it so need to go back and finish it soon.

WTF were those SA & FS arcs. They were just mindblowing in every way imaginable. Gintoki is one the best protagonist, Takasugi is an amazing antagonist and the stuff with Isaburo & Nobume were just brilliant. Also, I cried like a baby throughout those arcs. I didn't like Porori-hen and after seeing those two arcs, I'm pretty sure I will judge the next 3 season harshly lol.
All Comments