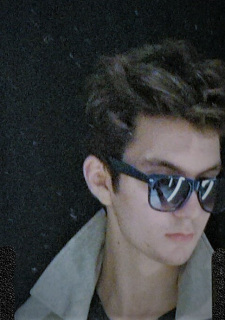 It's fine if you express yourself like that! You can fanboi all you want xD
I wish I had some of that excitement right now!

Lol nice, see how we have similiar tastes again!

Yeah, if you do it constantly it will stack up over time. It makes sense.

You have a nice weekend!

Reue Jan 21, 7:55 AM
Hey! It's a challenge for me answering to so much so I may take longer!
That's really good that you liked a lot of stuff. I wish for the same for me lol.

Science Fiction is nice, I'm interested in that aswell. I wanna watch Ghost in the Shell SAC soon. I have only seen the beginning few episodes. Really good.

I looked up the Battle Angel Alita manga and wow, it looks so good. I want to add it to my collection via my tachiyomi app :D!

I've seen most ghibli films but have only few favorites like The Tale of the Princess Kaguya.
I have seen the Metropolis silent film a while back, it's about class struggle I think. It's good and influental for things like Blade Runner.
I also like some other german expressionist films like Faust, Nosferatu and The Cabinet of Dr Caligari.

I have not looked into astro boy that much but maybe I get there someday. And since I like Monster I would likely enjoy Pluto and century boys aswell.

Thanks for your recommendations!
I add Pluto, Battle Angel to my collection!

I have seen the GITS film and it was good. Texhnolyse was also good, what a bleak anime and that ending wow xd
Mardoch Scramble is also in my collection, I just need to watch it once I'm finished with some animes I watch currently!

Yeah it was an awful year but this year isn't magically better, lol. The virus is still here and everything else... Doesn't look so good.

You have seen and read so much good stuff. I like your taste. For me it's hard to watch a lot or even read something atm. Maybe that changes.

Have a great week brah :)

You been watching/reading anything good recently?

SteelLucy Aug 2, 2020 9:05 AM
Better watch anime or read manga That Houseki no Kuni?
All Comments