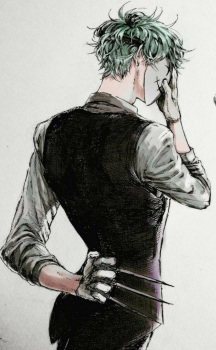 RebelPanda Apr 20, 10:17 AM
I take notes, write drafts, then add ending thoughts. Unless my feelings are conflicted or I'm including spoilers, then I'll begin the process after it finishes.

how have you been in covid times. all good ?

FoxPerks Feb 1, 3:52 AM
Hi. It's just to get my default layout. I have already changed with the February data.

Thx for the warnig anyway.

Iliza_Scarlet Dec 19, 2020 4:13 PM
There was never an invite feature in realms. Actually doc stopped developing realms. But I get your point though

Iliza_Scarlet Dec 19, 2020 2:02 AM
the whole point is to avoid having to relay on discord imo. And having numerous posts makes some better written posts fade away so people often miss them, ya gotta appreciate each thread made. I am aware of the fact reddit is bigger so I added social media integration to site which makes inviting people easier as you can easily invite people from other social media. Plus site has a chatroom built in, so it has lots of flexibility. since its easier to start a chatroom, I could first kickstart chatroom then when I get enough people in chatroom I could send first thread. The only sense its disqus is it uses disqus for comments, other than that its built on a blogging platform [wordpress.org] but you can't tell its based on a blogging platform unless you are mod about to send invites to a thread. Plus I can easily add more features to site when I want to and take the time to ensure features work properly, there isn't really a limit to what I can add to site

Iliza_Scarlet Dec 18, 2020 8:49 PM
it might be worth trying though, I already managed to invite few people. but if you got the time then I'll like you to help with site growth, you seem to be a popular user here in MAL and disqus. I honestly only need a 4 man mod squad to achieve results

Iliza_Scarlet Dec 18, 2020 8:43 PM
you still in touch with folks from house channels? I'm trying to organize a reunion of sorts

Iliza_Scarlet Dec 18, 2020 8:40 PM
I went by many names lol and jumped across several channels. But I mainly go by valk
All Comments