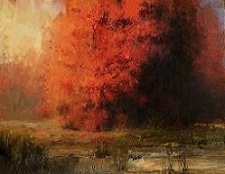 A Summer Out of This World

Kougeru Aug 21, 2014 12:12 PM
Great taste in music! Yes I have played the games. KEY is my favorite company ever in every way....stories, music, art, games...ect. I havent seen Ef in years and havnt played the games but I do love the music. Mahou Tsukai's OST is in my top 20 OSTs but random play doesnt seem to like it.

DFTskillz Aug 11, 2014 11:26 AM
Tempest reminds me of High School English class. Analysing the plot and characters of a novel or play. In this anime it uses specific quotes from the play to link to their current situation. That said I wish I had some of this interactive material in my English Classes...

TromsdalenNiko Jul 17, 2014 2:24 PM
A friend of mine told me it was worth watching the movie too. I wasn't sure about it, but I think I'll watch it anyways.

It's good that you are cleaning out stuff that you aren't using anymore. I have never found it hard to throw away old things. I have always had the thought that if I'm not using it, it's better to throw it away and if I'm going to move it's easier to pack my things.

I can understand though, that you find it hard to throw away things. Can't be easy if you are attached to the things or that it brings forth good memories.

I'm actually excited to see how it looks like and good luck with cleaning it!

TromsdalenNiko Jul 16, 2014 8:07 AM
Ah, I enjoyed Hanasaku Iroha a lot!
It was a nice anime series, and easy to watch. (Though, I wished for a bit more romance)

You should take some pictures. I would love to see it!

Hamtaro.. that name is familiar. I think I used to watch it when I was little!

TromsdalenNiko Jul 14, 2014 5:50 AM
I agree with you.
I feel that they made the anime so complicated in the end that it was somewhat difficult to end it in a good way.

After "L" died it just got so boring, it was not the same when he was around
Other than that I enjoyed watching it. The anime made me really start to think about things.

TromsdalenNiko Jul 4, 2014 1:27 PM
I thought Aku no Hana was really interesting. When I first started to really come in to the manga, I couldn't stop. At first, I hadn't read until chapter 2 or so and then I stopped. Now that I read everything in one go I realized how good this manga was.
The relationship between the 3 main characters was rather interesting to me, how they are portrayed. All of them are crazy in different ways. Which I thought was great and made me want to read more and more.

Sure, you are right. The manga is dark and a little crazy, but I think everyone that is reading this manga need to have a open mind to this. Or else everything will be very boring, awkward and weird.

The books that Takao have read. I think that the literature have a lot of saying in this manga. I read also a little about the poets mentioned (Baudelaire and Rimbaud), and they were figures that somewhat reminded me of Takao. I believe that Takao might have "taken their personality" when he was younger. With that I mean, he had them as role models. I like how Takao changes trough the manga too.

In the end it gets more... "normal" - it's not as crazy as it was in the beginning. I thought it was a nice way to wrap it up, so to speak.

The manga had a nice artstyle too, and you can see it changes a lot. It gets more neater. So yeah, I enjoyed reading this manga. I thought it was good, it won't top Oyasumi Punpun. Since that manga would be hard to beat.

Also, yeah... I wouldn't recommend that you watch the anime pupa. That anime was so awful. All the ep of the anime was just so saddening (5 min every ep) When I watched it I just wanted to cringe, it was just so terrible. I can recommend you to read the manga but NOT the anime. (Watch it on your own risk) The manga was alright, it's a good read.

I think that manga is better when you don't read it on the internet. It's not the same when you have it in your own two hands. Unfortunately, where I live I can't buy manga. Maybe if I go to the capital city I can get it somewhere, or if I order it online but I don't know. Reading it online makes things easier but it sounds awesome that you have the manga!

Do you prefer to read manga online or to actually buy the manga itself?

TromsdalenNiko Jul 3, 2014 5:50 AM
oh, so you are reading it! Yeah, I read a few chapters but then I stopped because I wanted to finish a few other mangas. I'm so bad at updating my manga list. >w<

You make it seem like the manga is interesting, so I'm excited to read this one. Thank you for sharing your opinion about it!

Hm.. I wonder.. have you read Pupa? That manga is a bit special..

TromsdalenNiko Jun 22, 2014 6:55 AM
Woops, I did something wrong there. I haven't finished monster yet, sorry about that.
Of what I've watched, it seems like a great series. Very interesting.

I like a series that is very realistic, so I'm looking forward to watch too Nana!

Yeah, I think the art is amazing. It makes the manga more horror-ish.
Also, after reading it I almost got scared of spirals myself =o= scary stuff.
All Comments