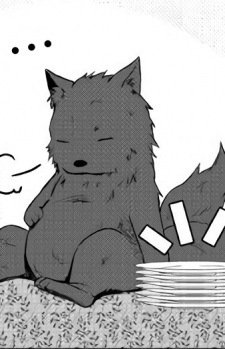 Dr-Eyes Sep 18, 2:01 PM
Thats true, i consider it pure fan-service for the fanbase, guess it worked because i had a good time, even though i know it had nothing worthwhile as a standalone lol.
As they say: "we take those"

Roger that! i will add it to PTW list.

I do agree that the economy/businesses should be open for the most part. Though people who might be at most risk should take extra precautions. Having lockdowns forever is pretty bad too. Things are a bit shitty all around. I hope for everyone's sake, this virus passes over sooner than later. The Island is still very lucky right now. Only averaging about 2-3 new cases every week. I plan to go golfing tomorrow if the weather cooperates. Lately, I've been wondering what Halloween might look like here. Maybe this year I'll get to eat all of the candy/chocolates *lol*

Hmm, I don't think I can answer your Bleach question, as I stopped watching after the 6th episode. Though I didn't drop it for being supernatural or action-oriented. After the 6th episode, I kind of gave up on it because I thought it was just stock or a bit bland feeling, though I wouldn't go as far as saying it was boring. I was also starting One Piece at the same time and quickly forgot about Bleach, Fairy Tail, and Gintama all at the same time, as a result of OP. I was trying to watch 4 big shows at the same time. *derp* I gave all my attention to One Piece though.

I'm completely fine with supernatural in that type of story or really most types as long as it's explained well enough and makes sense in the context of the story. If you think I should watch Bleach you can let me know. I don't ever feel like watching say Gintama or Fairy Tail again, but Bleach is something I'm open to trying again. Can you elaborate if Bleach gets a bit better after the introduction parts. I'm unsure when the arcs start and end. Though if you say it gets better after the start I may check it again. It wasn't even that bad; just One Piece made me forget about it.

I know Shinkai's newer movies have supernatural elements that play a part in the storytelling. I'll just simply state I though the supernatural elements in Kimi no na wa were shit, while being handled a lot better, in my opinion, in the later movie, Tenki no Ko. I found Kimi no na wa hard to enjoy because of not only how hard the supernatural elements were to follow, but also the fact it dictated the flow of the whole story and even the actions of the characters. Amazing production values, but the whole thing felt off story wise. On the other hand, Tenki no Ko was easier to follow and despite supernatural elements not being all that great, at the very least the characters were still making choices on their own. Felt more personal, authentic and not action-oriented as much, which works best for Shinkai's "boy and girl meet" type of story. I hope I made myself more understandable. Supernatural is always welcome for me; just as long as the story and characters don't become a total slave to it.

Tried the first episode of Id: Invaded, but didn't continue it after that. Though I thought it was cool enough to recommend to Klassical, as I know he's into more of the artsy type shows. I'm also watching Oregairu this season and it's probably my favorite this summer. Most seasonals right now aren't that interesting to me and God of High School sucks because there's no story and the superpower fighting styles aren't explained at all. It's bullshit. you should watch it

I actually didn't know you saw Re:Zero. I remember telling you it had wolves in it. *lol*
BTW, feel free to recommend me more shows. In doing so, you'll add to this list https://myanimelist.net/animelist/YEROCKY?status=6&tag=Recommended%20by%20ClinT

(Sorry if the reply was long)

I grew out from my old phase, and I'm in my new phase of life. It happens, people can change attitude at any given moment and so does my taste in anime can also change. Shit, I got too philosophical there lolol.

send this GUN to everyone you dont care about including me if you care. C how many times you get this, if you get a 13 your A TRUE HOMIE

purplebird May 25, 7:37 AM
It is slowly decreasing. What about there? 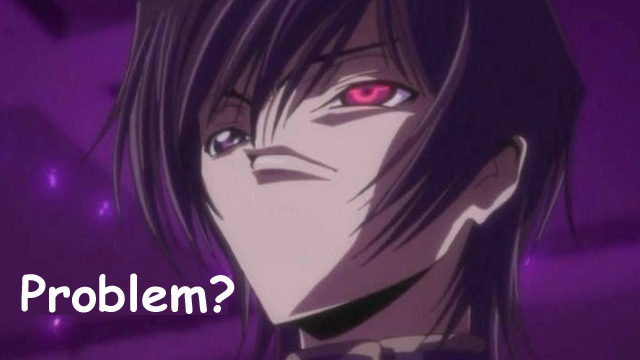 Dr-Eyes May 16, 11:39 AM
Yo Clint, how are you?
You still a big fan of Code Geass i see, nice.
What do you think about the new movie? I watched it and honestly i really enjoyed my time, I knew not to take the plot really serious, but as soon as i saw C.C and Lelouch acting the same way they used to act i really had great time, nostalgia kicked in, i hope they make more of these.

YEROCKY May 13, 2:14 PM
Well, I watched Tenki no Ko and I thought it was okay; not a fan, but didn't hate it. I would rather talk about why I loved Byousoku 5 Centimeter so much, but I'll spare you those details. I enjoyed the visuals and soundtrack in Tenki no Ko the most. Though, just like with Kimi no na wa, I didn't like the plot or characters.

As a slice-of-life fan, I love Shinkai's down-to-earth, genuine approach to story telling. Though when he uses "the supernatural" to move the plot/characters, it's a bit immersion breaking for me. I would like his newer movies better without so much of "the supernatural". Like with Kimi no na wa, if the characters just body-swapped for awhile, then it all stopped for good, I'd like the story better. It would force the characters, who wish to seek each other, to make decisions to do so themselves; rather than "the supernatural" kind of forcing their hand, for the sake of a more action-oriented plot.

Ah well, you helped me lower my PTW list, so thanks again for that 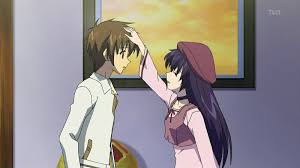 YEROCKY May 10, 3:36 PM
I'm not sure why I decided that in the first place. Sorry about the confusion and thanks again for accepting.

Hmm about Tenki no Ko. I haven't seen it yet, but I do have it on my PTW. I really enjoy Mr. Shinkai's style, so I want to check it out whenever I can. Maybe once I finish catching up to these last 2 seasonal anime, I'll look for it. I like that you think it's better than Kimi No Na Wa; gives me hope. Thanks for reminding me.

Here, in Western Canada, we got super lucky; especially considering we have lots of Asian tourism here. This is how Vancouver Island looks right now:

We're doing very well, and we've only had 2 confirmed cases all of last week; which is a huge drop for the previous lowest weekly count of 8. A few weeks ago, I heard that someone, at an old persons trailer park, was tested positive for the virus. This trailer park is literally 2 blocks away from my house. *lol* Thankfully, they recovered and there wasn't an outbreak.

Can't help but notice that Brazil's corona numbers are on the rise, but I get the impression that you'll be fine. *lol*
Is it getting colder in Brazil now? It's starting to warm up here now because we're finally getting lots of sunshine.

purplebird Apr 17, 3:24 AM
Aww, I am glad to hear things might get better. Wish you the best, Clinto. I am doing alright as well ^^