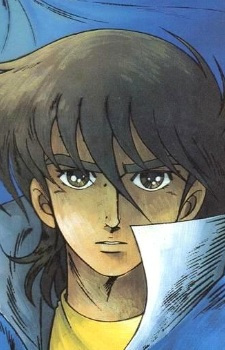 nikki-chan92 5 hours ago
Am really looking forward to the sequel to this one. Hopefully it turns out good!

nikki-chan92 Yesterday, 8:30 PM
I'm scared that they will soon touch Yu Yu Hakusho. I haven't seen it yet and idk if I want to haha.

Dr-Eyes Sep 14, 8:31 PM
Yeah, Shounen is the face of the Anime in the eyes of the people, I mean if you ask someone of the street about Anime chances are they will imagine a picture of some shounen show so its understandable. Shounen is also the type of shows to only be found in Anime.
Take Monster for example, its a good show but you can find similar things in TV Shows, its not Anime exclusive thing. Or any Slice of Life drama as well.
Magical Girls and Shounen and some Artistic shows are things that can only be found in Anime so that could be one of the reasons.

Damn that sucks, so Wonder Egg is not that good, i will give it a watch but if im not hooked or interested by the 3rd episode i will drop it.
Blunder Egg (loved that! lol)
Yes agreed completely on Paranoia Agent, i just recently finished it and it was very inconsistent, i had some issues with it but as you said the ending (11-12-13) provided good closure to the series and the first episodes were good as well. I expected it to be better though so i was slightly disappointed, granted artistic shows are not guaranteed all the time, some of them are hit or miss type while the other is just elegant and well made (like Tatami Galaxy and Mushishi)
Vinland Saga, well i had a lot of issues with this one too, i just wrote about them on the forums and i didnt go too much in depth with my take because it was lazy, but overall with the sum of its parts i believe it was a good watch, despite its glaring flaws, i think its better than your generic average shounen which is why i ranked it slightly higher lol.
Odd Taxi seems cool i'm starting it next.
Fumetsy no Anata, yea i will check it out, will add it to my list.

Forests burning is becoming a problem these recent years, I hope you are fine and i hope our beautiful forests and nature stay unharmed.
Stay safe.

nikki-chan92 Aug 14, 6:21 PM
yea it seems like a alright show, though I prefer other idol animes lol

ClinT Aug 9, 7:02 PM
Heyo <_> I disappeared for the same reason as always sorry >.> But I knew I was going online as soon as I finished any anime, which... Didnt happen because I managed to stop watching like 3 titles when I was at the end of them AYYYYYYY (but Im not dead xD, much, tired more than anything to watch animu lol)

Edit: Got online because just finished Beastars second season, but not going to give scores to any titles for a while, I guess its the better option.

Dr-Eyes Jul 30, 8:21 AM
Hello, how are you doing?
How did you find Wonder Egg? its looking rough not gonna lie, do you think it was disappointing? I have yet to watch it, but its not interesting me so far to start it.
I just finished 91 Days a while ago and it was really mediocre, that guy who recommended it to me, sold me as it was some of the best shows lol. I also finish most of what i started back in April, took me a while because i found a new workplace too.

You dropped Promised Neverland at first episode, i know the reason i guess but if you like mystery and suspense you should give it 1 or 2 more episodes when you can, i thought it was a decent show, too bad it goes downhill massively in the second season, but i remember i enjoyed the mystery, probably because i like mysteries in general, but its one of the show that finished very quickly.

What is so special about Demon Slayer, i also watched it and i dont really find what makes it top tier caliber, its just decent. It has great animation but everything else felt dull.

nikki-chan92 Jul 15, 5:47 PM
massive hype, we could watch the Youjo Senki movie if you haven't yet too! also Higurashi Sotsu ep 4 answers that question from Gou ep 17. Where did Satoko get that fucking gun lol.

YEROCKY Jun 16, 7:36 PM
Looked through the Summer 2021 preview and looking forward to Shiroi Suna no Aquatope, Peach Boy Riverside, and Kageki Shoujo!!. Kind of a boring season for me. Though, when everything starts airing, I might become interested in some more.

Seems pretty meeeeeh so far though. 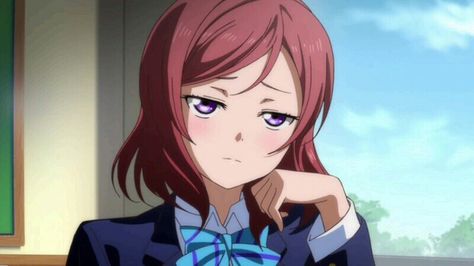