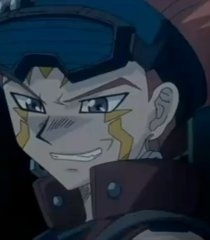 madokadokadoka Jul 20, 10:12 AM
OMG you're like the first person that I have seen with YOI as one of their favourites lol

NatiChan Sep 9, 2018 2:28 PM
I saw it recommended all over the place so I've decided to check it out! \o/ I like it a lot so far! The foundation the first 3 episodes laid out is really solid - a good mix of action, drama and mystery is always welcome :D I really like the main character, other characters weren't all that fleshed out yet but they seem like a cool group. I'm very interested where it'll all go, I hope the answers aren't disappointing ahh

What do you like those show so much, yet they both suffer because of movie(s) and why why made 5d's a lower score than a5.

Also, imo Ono is a good director. Anyway, and ygo fans is a friend of mine

Hello, club members, a small reminder that Aquamarine Period for ISML 2017 has started, alongside is also nomination for Winter Seasonal.

Naman97 Nov 6, 2016 10:02 AM
Yes..Natsume is also my fav
Watch Welcome to the NHK,Major ,Hajime no Ippo,Samurai Champloo
Will suggest more once i know your taste

Naman97 Nov 4, 2016 10:19 AM
Hi
You have been here since 2008 and have just seen this much anime..it makes me think you have a balanced life?
But the fact that you have been here since 2008 and we are almost the same age is awesome..i wish i would have found anime in 2008..i would have been a different person..i guess
Btw..i started anime in 2013 Dec
And Natsume is awesome..i will watch this season when its completed to get most satisfaction

I remember that it was your writing that encouraged me to watch Cardfight!! Vanguard. I'm planning on (finally) watching the second season this term break, so this is me thanking you for introducing me to a good series! (ﾉ◕ヮ◕)ﾉ*:･ﾟ✧

Rune_Yami Jul 9, 2013 8:08 PM
I'm kinda stuck for the first theory but here's my take on it. Maybe Yusei died Spiritually therefore when he went into the Duel with Goodwin he didn't change to evidently. But in season 3 the 'new' was really just what Yusei wanted to be and guess in a way he might have turned into a robot of some sort and was programmed to act like Yusei and have he's thoughts and maybe he programed himself to be like that. I don't know you can touch up on that one.

As for Jack in Neo Domino City. I believe the second Jack was bred (sorry I couldn't really think of another word at this point in time) for success. He was tutored by the best of the best duelists and was required to be top of his class. This might also explain why he's so up himself and all even after season 1 and 2. This also explains why he was so successful in the first season because he wasn't allowed to be in a duel tournament until he was claimed the best by Goodwin.

Before season 1 when Yusei lived in the Satellite with Jack the crew, dreaming of Neo Domino for a better life. This is a scary comparison to the separation of the ghetto slums and the privileged people of various countries. So many people in the slums who barely get by life on what they can get their hands on dream of being in a city where they were basic needs are fulfilled and they are happy. When Jack was offered to go to Neo Domino city by Lazar, it’s shown that he accepted and used Rally as bait to get Yusei’s Stardust Dragon and then drove off. But what really happened was that Jack occasionally took hits of cocaine to deal with the difficulty of life in the slums that was supplied to him by drug dealers that were sent to the satellite once released from prison. This is why he heard of the luxuries and goods of Neo Domino City, but really it was all in his head. The Satellite might also be a place where the society’s misfits were placed so that Neo Domino City was only full of rich and talented people. This might actually explain why Rally is often mistaken for a girl because he is actually a transgender. Jack actually tried to teach Rally about being a real man and knocked him out. When he did knock him out and tied him a boat, he took a trip of acid and fell into the water. Unbeknownst to Yusei and the others, Jack actually drowned. As for Yusei’s Stardust Dragon, it did actually exist but was taken from him because the scum of the satellite weren’t allowed to have nice things. As for Jack being in Neo Domino, Jack Atlas was actually a rich, successful duelist that happen to look a lot like Jack but wasn’t.

Yami is actually what Yugi aspired to be but never could. He is the result of Yugi’s depression and drug overdose because he was bullied so much. Joey was actually trying to pressure Yugi into weed and alcohol but Yugi was strongly against it. Joey would only push Yugi around when drunk hence him being ruder and more violent. When Yugi could not take any more bullying, he went to find Joey to start taking drugs and alcohol. When he reached Joey, he was being threatened by one of his suppliers about not having enough money. Yugi couldn’t let Joey get injured or get killed because he was going to ease Yugi’s pain, that’s why Yugi took a beating for Joey. Ever since then Joey felt as if he owned Yugi one, therefore they became drinking and drug buddies, explaining their close friendship.

Jaden/Judai is actually in a mental asylum and Syrus’ is his best friend in the same ward as him. Chumley is actually an overweight guard who is befriends Judai and Syrus, this is why he’s rarely around and more of a supporting character. Crowler is actually a therapist who tries to bring Jaden down to earth but Jaden refuses. This is also why Duel academe is on an island, because Jaden and Syrus can’t escape from the asylum.

Yusei actually died when he fell into momentum after the duel with the leader of the dark signers. This explains why he’s so different in season 3 and why Neo Domino city evolved so much. He didn’t change straight away because the group were still coming to terms with his lost. The reason why he is very different is because he became the person he wanted to be, this is why he is highly liked by everyone. This is also why the Satellite and Neo Domino are connected as well because that is what he always dreamed of.

Yuma is clinically depressed and Astral is the only person he felt he could talk to. His extremely happy, energetic personality is actually a façade that he puts on so that he can try and detach his depression from his life. Contributing factors to his depression are him constantly being bullied, his parents being far away travelling around the world and not having a bond with them like other kids do. There is also the fact that he loses a lot of duels before Astral came along.

Rune_Yami Jul 8, 2013 1:47 AM
Hello. I came here to seek your help with a Yugioh conspiracy that I'm trying to form. Yes it is CreepyPasta and if you don't what it is than you should look it up so you know what I'm talking about. I decided to ask your help because you've seemed to have watched every series of Yugioh therefore you can help me back up some theories that I have made. Don't feel like you have to, this choice is completely up to you. If you agree then I'll send you what I've come up with. Thanks!~

Glad you've been doing well. Keep pushing and you'll get there. I'd love to be able to have another conversation like we used to. I've always been pretty sporadic with my replies (I'm working on it) but I still loved them all the same.

Sounds like things have been hectic, glad your doing well though. What're you planning to do in Uni? Something Literature-related I assume? :P

I've been thinking back to the YF days a lot recently, thinking how much I missed everyone. Would love to be able to pick it back up again.
All Comments