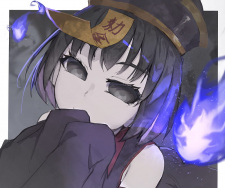 Robiiii Feb 11, 11:17 AM
In the meantime, you could watch my favorite anime clip of all times, called OH MY GAH!
https://www.youtube.com/watch?v=nlLhw1mtCFA

Robiiii Feb 11, 11:14 AM
Im so glad u noticed the music! Music is MY REALM! Im bigger fan of music than I am for anime, but its limited only to EDM/Electronic Dance Music. So no rock, pop, jazz or any of that stuff.

Next song is more intense, I promise lol.

Robiiii Feb 11, 9:11 AM
Will lay groundwork for the 2nd vid today.
It’ll be shorter, but more fun I think.
If all stars align, it might be done on Saturday. It might even be earlier.
Posting my 1st vid on reddit n stuff, lets see how general folks react. So far my friends seem to have enjoyed it, but I need a bit more feedback.

Robiiii Feb 9, 11:25 PM
I mean yeah, I have a few ideas. Granted, theres only so much ugly anime pics I can use. I barely scraped up for this one.
I might need like a library of them.

OR I could use aesthetic clips. It’ll work regardless with the next vid I have in mind.

Adnash93 Feb 9, 6:13 PM
Indeed, I noticed it as well. Our affinity is pretty high and it's a cool thing to see. :-) And yup, even if you don't post anything on forum on MAL, it's nice to read it from time to time. There are many interesting threads, i.e. about various theories on anime/manga etc.

About Shinobu, yeah, she is awesome. Not my favorite character from Kimetsu no Yaiba to be honest, but definitely one of my favourites. What's more, Sayami Haori did a wonderful job as a voice actor for Shinobu. I was not that much surprised though, as fpr she is a great seiyuu and each time I see that a character will be voiced by her, I know immediately that it will be fully professional and pleasant to hear. So far I have never been disappointed by any role Sayami Haori worked on as a voice actor. :)

Robiiii Feb 9, 8:49 AM
Awesome xD
Now note, this video is unlisted, meaning only people with the link can actually access it.

This is Your Brain on Anime
https://m.youtube.com/watch?v=WZJkwjmxi0U

Robiiii Feb 9, 8:03 AM
Hey remember when I said I wanted to become a youtuber or smth?
Well I did make 1 video today and ur the only 2 people I wanna share it with before putting it live.
It wont make me a youtuber immediately ofc but I dont care, I made it becuz it didnt allow me to sleep for 3 days, and now we are here.
Wanna see?

Adnash93 Feb 8, 8:01 PM
Hello, thank you for a friend request! :) I accepted it of course. I see you haven't written any posts on MAL's forum yet, so we couldn't interact before, but I see that at least we have one common friend.

By the way, that image welcoming to your profile with Shinobu Kocho's fanart from "Kimetsu no Yaiba" is just gorgeous! :D

Robiiii Jan 29, 12:15 PM
Haha ur welcome lol.
I did get carried away but I really had to lay it all out for ya. Or it wouldn’t be a worthy reply lol.
Anyways, are u gonna skip some or watch the entire thing? I already made suggestions how to approach it 🤫
Another thing I forgot to mention, Kirito has a sister from the second half of SAO season 1, so incase ur gonna hop onto S2 just know she’s a thing. Frankly it’s hard to not know that after all the Sao memes and stuff floating around.

Right so, have fun mate. And don’t forget about the Gun Gale Spinoff! Or I’m gonna drive to Maldives and litter on the streets 😡😡😡

Robiiii Jan 28, 1:05 PM
Vinland Saga is very good but it does take its time to setup things. Nothing wrong with that ofcourse.
I cant say anything more right now since it does have an unpredictable side to it, hence why theres no rating from me just yet.
Okay one thing I can say for sure, the background details are fantastic, lots of foresty scenes feel alive and majestic, as expected from AoT studio. 👌

Nahh man, I think u should forget about SAO honestly 😆
I mean to answer ur question, does it get better? Yes. Alicization arc is pretty damn good, its what SAO should have been FROM THE BEGINNING I think. However do u rly wanna sit thru like 36 ish episodes of varying quality? Sounds like a steep investment lol.
The only reason I got this far in the first place is becuz a spinoff SAO called Gun Gale Online was announced and then later on ofc Alicization was announced.
And I was exactly, just like you, have only seen first half of SAO season 1 and stopped there. So what now?

I did what is called a pro gamer move and literally just ignored the 2nd half of SAO season 1 (didnt watch it) and went straight to SAO season 2.
It was okay.
There are 3 arcs in Season 2, and I will explain them quickly without crazy spoilers. (Some mild spoilers tho)
Gun Gale Online is basically the first half or so, about 15 episodes. It has some fun stuff, which is Kirito playing a shooter lol, and then theres not the fun stuff, almost useless stuff, which is some professor explaining things about Gun Gale Online for about 10 to 20 minutes to Asuna, and other things that just isnt important at all or just really boring. I skipped almost all of that cafe sitting professor bullshiet, and didnt lose much. My experience wasnt affected.

The second tiny arc is only 3 episodes, from 16 to 18, and goddamn, its literally just filler. It was actually secretly developed by Hitler to waste my precious time and make me weakminded for easy mindcontrol.
If u do end up watching all of SAO, please skip this. Its worthless.

The final arc is finally, a good one. Episode 19 to 24 were awesome, I enjoyed what I saw.

So unfortunately as a whole, you do have to watch atleast some of these in order to get some immersion going forward into the next big 48 episode arc.
So yeah, if u do end up watching some of these, make sure its Gun Gale Online (1-15) and the last arc of S2 (19-24). You’ll be fine by then.
Whether or not you choose to skip parts is entirely up to you tho. But thats how I did it atleast.

If u successfully have watched Gun Gale Online arc or atleast you know how that world works, please do check the spinoff linked below, its so fun watching pink loli destroying ppl. Totes recommend 👌
Its also written by Kino no Tabi author, so it was in good hands.
https://myanimelist.net/anime/36475/Sword_Art_Online_Alternative__Gun_Gale_Online

Okay damn, I just layed out everything for ya about SAO. Good luck if you choose to continue 😂
And if not, I dont blame you 😆

I really like to talk with my friends and in server it is very easier for me and everyone.