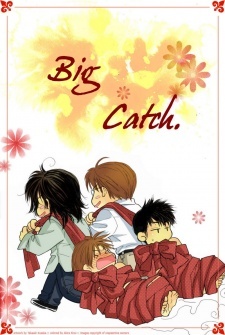 Adventures with Itachi and Orochimaru!

For some reason I can't stop watching this video! I wish I could dance....and I want their LEGS! <>_<>
I like the song too....>.> No one else has to watch it if they don't want to...>.> but I want it here so...XP thbbbbbbbbbbbb
The girl in the turquoise top and white shorts, looks like she's having a lot of fun!
HINOI TEAM (Hinoi Asuka) - NOW AND FOREVER

Caramelldansen for those who want it!

NOTE: If the pictures are cut off, just save them. It'll save the whole pic for you to view and then you can just delete them afterwards if you don't want them.

A handy thread to see. Colors!

SeriousSarcasm Feb 20, 2016 2:25 PM
Be sure to check this out: http://myanimelist.net/anime/32362/Naruto__Shippuden_-_Itachi_Shinden_-_Hikari_to_Yami
I hope you plan on watching it, since you seem like a fellow Itachi fan^^ Seems pretty cool.
Have a nice day.


Newsletter sign up
This probably will be the last for those not signed up~! You can sign up anytime~!
Member Cards
500+ SE still open~!

Hello fellow members! We have just recently reached 500+
& have opened an LE to celebrate! Quickly grab your cards!
500+ LE CARDS

PLEASE NOTE!
Though we are unlikely to often send out a newsletter, please inform me here if you would like to receive (if any) newsletters in future! Dx xD

Please and thank you!
Hope to see you in the club!!

We have a couple of new polls up now which we have the Character and Team of the Month for February 2012 which you can vote for by visiting the following links.

Character of the Month
http://myanimelist.net/forum/?topicid=383153

Team of the Month
http://myanimelist.net/forum/?topicid=383147

Also we started nominations to choose the best Naruto couples for Valentines day. To nominate your favorite couples please visit the following linK:

Newsletter Team – This is the area we need the most help. Job of being on the newsletter team is to send letters out to the members of the fan club. Were looking for at least 15 members or more to help us out with this task since sending letters to nearly 5000 members takes a long time for only one person alone.

Member Card Makers - If you have some graphic experience, we need your help with making Member ID Cards and sending them out to members that request for one.

Club Recruiters – Looking for a least a couple of members who are interested to help inviting members to the club that are interested in the Naruto series.

Again please PM one the admins if you are interested in one of the positions above or if you have any questions.

BeautifulViolet Oct 6, 2011 8:29 PM
hi got ur request thx btw small world we are from the same town.