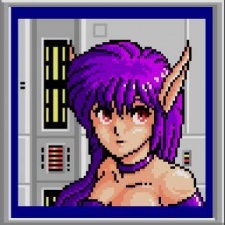 Lost_Viking Jun 3, 2017 8:05 PM
I just finished watching Mouretsu Pirates. Awesome show! I plan on watching Abyss of Hyperspace but I wish they would have made a second season.

Lost_Viking Dec 30, 2016 9:45 AM
The second System Shock game has more mods for it and has more similar controls to an fps. I actually played the second one first around when it was released so it's my favorite of the two games but the first one is really good too. Deus Ex is another one of my favorites, I used to play the multiplayer servers years ago and like with System Shock 2 there's lots of mods for it.

Bubblegum Crisis is definitely one of my favorites. I also really enjoyed AD Police and Bubblegum Crash. Same thing with Black Lagoon, and I'm probably going to rewatch it sometime next year.

Noir is probably my #1 favorite anime right now, and I really liked the other two shows in the Bee Train trilogy, especially El Cazador de la Bruja. I haven't heard of the sock puppet version though.

Lost_Viking Dec 27, 2016 1:51 PM
Ever heard of System Shock? It's one of my favorite retro games. Same thing with Terminator: Future Shock.

How are you liking Bubblegum Crisis and Black Lagoon so far?

Kurt_Irving Oct 6, 2016 6:41 AM
So what are your favorite games? I grew up with Bomberman and Samurai Shodown.

metalidol Sep 28, 2016 5:06 PM
may i ask why kuso miso technique is in your manga favourites, you filthy specimen
All Comments