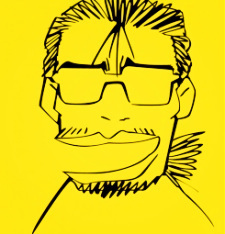 Waposa Jun 23, 10:52 PM
I take with great gratitude your message especially considering your admittance of unfavorable current circumstances. I'm having an incredibly rough time as of right now too and only hope we both rock on forward. I'd love to talk if you care to, Cheers~

Vomun Apr 28, 4:47 AM
But you like modern anime too, so that makes you fucking based because you like old and new shows.

BigBoiOnDuty Mar 13, 10:40 AM
I plan to watch the most interesting movies and watch an episode or two from time to time. I don't even dare to think about watching the entire thing

Ooowoahvictoria Mar 13, 10:37 AM
I didn't know it was coming out on blu-ray!!
Oh my goodness that video is so cute! Oscar looks so happy :)

*Thanks for accepting my FR btw!!

BigBoiOnDuty Feb 28, 11:09 PM
Hello there fella, thanks for accepting fr

ABluBerd Feb 27, 12:05 PM
deleted all the comments on my profile, except yours ahaha. Thanks for such a sweet compliment! I change my favourites from time to time, so they may not be the same as they were previously. Sydneyseven77 Dec 28, 2020 9:22 AM
It’s been different, but good. I won’t spoil anything, but there’s a time jump and not a lot of main character focus in the first episodes that have been released. It’s clear that that will change though as the season progresses. I’ve been loving the expansion of the politics of the world though and the detail that the storyline goes into. Overall I really like it!

Absolutely not, it was really cool! (you can see the rating on my profile)
It's a classic Lupin III adventure which doesn't take risk but it's a perfect introduction to the franchise for anyone. It's a movie clearly targeted for an international audience who probably don't know about Lupin III: every main characters are here and well introduced, simple story, no japanese reference (except for Goemon of course) and rendering similar to a Pixar movie. Visually, it's great despite some editing issues during action scenes.

If you're a Lupin III fan and waiting for something fresh, you might be pretty disappointed because you won't have it outside the rendering. But if you want a pure Lupin III adventure as we know and love it, it's definitly a must watch!