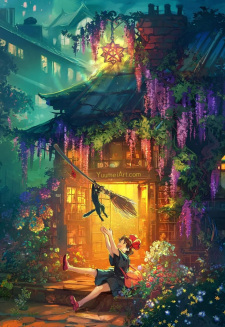 KishinxMugen Oct 11, 2014 8:51 PM
Wow so if first season was better i can already imagine how the second part is xD
Yeah i started the manga but then stop at ch 20. I have to get back into it. It was pretty good as far as i remember.
Lol then i guess it makes it harder to get into it then. Its cool though since anime tend to add some creepy soundtrack to it to make it more suspenseful.
Oh btw have you heard that naruto is ending in 5 weeks!!! it was good while it lasted.

KishinxMugen Sep 21, 2014 11:12 PM
lol its cool. So how you liking SAO 2? is it better than the first season?
Have you heard about Tokyo Ghoul? I trief reading the manga it was pretty decent so far been hearing alot of hyoe about it.

KishinxMugen Sep 6, 2014 11:18 PM
Ive heard Zankyou no terror is good. How is SAO ll i watched the first season and the first half was pretty good but the second i cant really say the same xD.